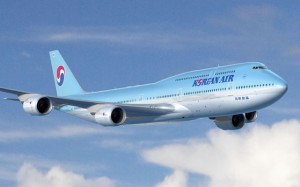 Boeing announced on December 4 that Korean Air has ordered five 747-8 Intercontinentals, making it the first Asian airline to sign on for the passenger variant of the 747-8.

Korean has indicated that the five aircraft, which have a list value of US$1.5bn (A$1.62bn), will slot in between the airline’s 777-300ERs and A380s and operate on long haul routes to Europe and the Americas.

“The 747-8 Intercontinental fills the void between the 300 and 550-seat airplanes in our future fleet,” said Won Tae Cho, managing vice president of Korean Air passenger business division. “The technological enhancements Boeing has made to this airplane will deliver exceptional economics and a flying experience that will thrill our customers, enabling Korean Air to provide excellence in flight to our customers.”

The order is a much needed boost for the passenger variant of the 747-8, which was launched with an order for 20 aircraft and 20 options placed by Lufthansa in December 2006. Despite a commitment made by Nigerian carrier Arik Air at the 2008 Farnborough Airshow, no other carrier had placed orders for the 747-8I.

Korean Air also has arrangements to operate seven 747-8 Freighters. The first 747-8F is due to make its first flight during late December/early January.