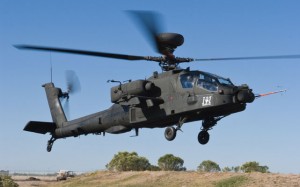 The test aircraft is equipped with new composite blades, a composite horizontal stabiliser, a split-torque face gear transmission and uprated engines. The upgrades follow earlier efforts to enhance the Apache’s networking ability and other systems.