It touched down with a quiet grace - the first time ever a Northrop Grumman Global Hawk unmanned aircraft has landed during an airshow. 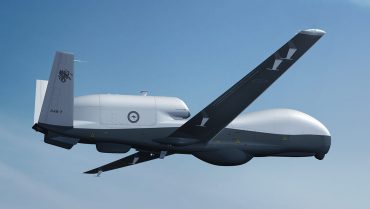