The Royal Australian Air Force has welcomed the arrival of a new tranche of fifth-generation fighter jets, in its final delivery for 2021.

The RAAF announced on Tuesday that it had taken delivery of three new Lockheed Martin-built F-35A Lightning II aircraft, bringing the force’s total size of the fleet to 44.

The new jets touched down in RAAF Base Williamtown, where these were accepted by No. 77 Squadron.

Commanding Officer No. 77 Squadron Wing Commander Tim Ireland said the delivery of three new fighter jets was an important milestone for the RAAF as it integrates fifth-generation air power.

“Our focus in 2021 has been to stand-up an F-35A combat-ready team,” Wing Commander Ireland said.

“The additional aircraft will help us generate a ready force able to integrate into a high-end all domain fight.”

No. 77 Squadron recently participated in Exercise Lighting Spear 21 at Eglin Air Force Base — an operational test activity for No. 81 Wing aimed at verifying weapons integration.

“The consecutive activities of Lightning Spear and Lightning Ferry demonstrates No. 77 Squadron’s agility and maturity at operating with our latest F-35A capability,” Wing Commander Ireland said.

“The F-35A is the seventh fighter that No. 77 Squadron has operated. It’s humbling to be a part of such a significant phase of our proud 79-year history.”

The Commonwealth government has ordered 72 F-35A aircraft under the Joint Strike Fighter program.

All 72 jets are expected to be fully operational by 2023, with an option to expand the fleet to a maximum of 100 aircraft.

This latest delivery was the last for the 2021 calendar year. 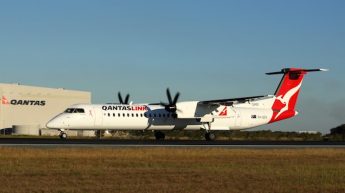