NSW takes ‘calculated gamble’ to open to Victoria on 23 Nov

NSW Premier Gladys Berejiklian has announced NSW will become the first state to remove its border to Victoria on 23 November.

She told reporters the decision is a “calculated risk” but that it was important to “keep moving forward”.

The announcement means the premier has come good on an earlier promise to relax restrictions made two weeks ago.

On Monday, 23 November – the NSW/Victoria border will reopen. We need to keep moving forward as we live with COVID-19. I have confidence that everyone will continue to work hard to keep everyone safe.

“I have confidence that everyone will continue to work hard to keep everyone safe,” Premier Berejiklian said.

“With that, comes some risk and we accept that, but we believe that is … a calculated risk and we are confident our health system and the processes we have in place in NSW will allow that to happen.”

The news comes days after WA Premier Mark McGowan surprisingly announced his state would drop its entry restrictions and replace them with what he’s terming a “controlled border”.

From 14 November, people will be able to enter WA without quarantine from areas that have had no community transmission in 28 days, which currently includes Tasmania, Queensland, South Australia, ACT and the Northern Territory.

Those from states with a rolling average of less than five, which includes NSW and Victoria, will be asked to quarantine at a “suitable premise” for 14 days and take a COVID test on day 11.

All entrants may be asked to take a test, temperature check and fill out a border declaration.

The significant relaxation of measures came as a surprise given that the state pointedly refused to sign up to a national cabinet agreement pledging to open Australia by Christmas.

WA has had no cases where a source cannot be traced for six months and 19 days, and travellers have been banned since 11 April.

“We’re going from a hard border to a controlled border, it’s still a measure that a year ago you wouldn’t have imagined you’d have in place,” said Premier McGowan.

“The health advice has indicated along this road, on a few occasions. We follow that health advice. It’s stood us in good stead.”

The positive announcements contrast with those made by recently re-elected Queensland Premier Annastacia Palaszczuk, who has vowed to keep her border shut to NSW for at least another month.

Queensland opened up to NSW on 10 July but closed again to Sydney on 1 August and then to all of NSW and the ACT a week later. The state announced on Friday it was to open up to regional areas of NSW but those from Greater Sydney would remain banned.

“What’s happening around the world is they’re going into lockdown,” she said, seemingly referring to the news the UK would go into a second shutdown for a month.

“When you go into lockdown there is no economy. We are the envy of the world at the moment and I want it to remain that way.” 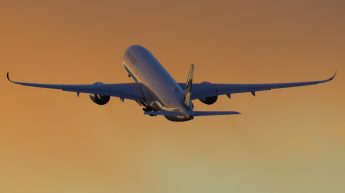