The ACCC has forced Etihad into reversing an earlier policy that denied passengers the right to a refund if their flight was cancelled due to COVID-19.

In March, the airline controversially didn’t offer any refunds at all to Australian customers, despite making exceptions for those who had booked from the US and EU.

Etihad partially relented in June and allowed passengers to claim their money back if the flight departed from Australia, but on Tuesday extended that pledge to any destination in the world.

Australian Federation of Travel Agents CEO Darren Rudd welcomed the move and explained it could sometimes take even professionals eight to 12 hours to get refunds on behalf of customers.

“Each of the 150-plus airlines operating in Australia have their own terms and conditions and many of them no longer have on-the-ground support,” said Rudd.

“Add in the fact that this applies to every third-party supplier from hotel to tour operator, and the time and patience required amplifies whether you’re a travel agent or a consumer trying to sort this out directly. This is a process that travel agents are predominantly not being paid for.”

In June, for instance, ACCC chief Rodney Sims slammed Qantas over what he felt to be a miscommunication of passenger’s legal rights, stating that the airline only “encouraged these customers to cancel bookings themselves in order to receive a credit when many would have been eligible for a refund”.

While the airline’s refund policy noted that customers booked on cancelled services were entitled to either a flight credit or a refund, Sims said that the business “did not communicate clearly with customers about their rights and, in a large number of cases, simply omitted they were entitled to a refund”.

Meanwhile, Etihad also announced this week that, from 1 August, it will be mandatory to take a COVID-19 PCR test before flying.

Customers must now book a test at an approved medical facility, found here, within 96 hours of arriving in Abu Dhabi. 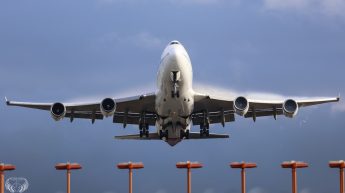