Malindo Air will add a fourth destination in Australia when it begins flights to Adelaide from the middle of April.

The Malaysian-based carrier plans to serve the South Australian capital four times a week as part of a Kuala Lumpur-Denpasar-Adelaide routing, with the inaugural service to kick off on April 16 2019.

The flights will be operated by a mix of Boeing 737-800s and 737-900s featuring business and economy class seats, Adelaide Airport said in a statement on Thursday.

“For Adelaide, we anticipate business, leisure and VFR (Visit Family and Relative) travelers, and will certainly explore on more frequencies in the near future,” Muthy said in the Adelaide Airport statement.

“With this, we hope to boost passengers’ traffic at the airports and promote local tourism.”

Adelaide Airport managing director Mark Young said Malindo Air would be the first airline since 2006 to offer business class between Adelaide and Bali.

“This service provides South Australian passengers with more choice when heading to two of our most popular destinations, and also creates opportunities to attract South East Asian visitors to our city and local attractions,” Young said.

The airline, which is part of Indonesia’s Lion Air group of carriers, has also loaded flights from Kuala Lumpur to Sydney, via Denpasar, into global distribution systems, according to the aviation thinktank CAPA – Centre for Aviation website.

Those flights were scheduled to begin in June 2019. However, they are yet to be offered for sale.

Confirmation of a launch date for Malindo Air’s Adelaide service is the latest in a series of capacity increases between Australia and Denpasar.

Recently, Jetstar said it would add a seasonal second daily Adelaide-Bali service during a four-month period between July and October 2019. Jetstar used Airbus A320s with 180 seats in a single-class configuration on the route.

In December 2018, Virgin Australia announced it would operate a nonstop flight between Darwin and Bali three times a week from April 10 to October 20, 2019, with Boeing 737-800s.

And Qantas said in January it planned to upgauge its Sydney-Bali service from Boeing 737-800s to Airbus A330s from March 31. The change represented an extra 650 seats a week on the route.

“Competition is intensifying in the Australia-Bali market,” CAPA said in a research note dated March 16.

“Total seat capacity in the Bali-Australia market will exceed 38,000 weekly one- way seats in the upcoming southern hemisphere winter season. This represents record capacity for the winter season.”

“Bali remains a popular and growing destination for Australians. As competition intensifies the fares will likely come down, stimulating further demand.”. 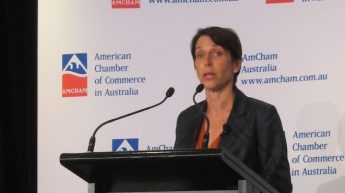