Cathay Pacific is boosting passenger and cargo capacity between Melbourne and Hong Kong with the use of the larger Airbus A350-900 and Boeing 777-300ER on the route from early 2017.

The oneworld alliance member said on Thursday it would deploy the A350-900 on one of its three daily flights to Melbourne from February 1 2017, with the Boeing 777-300ER to be used on the route a month later on March 1.

Currently, all three of Cathay’s Melbourne-Hong Kong rotations are operated with Airbus A330-300s configured with 251 seats comprising 39 in business, 21 in premium economy and 191 in economy. 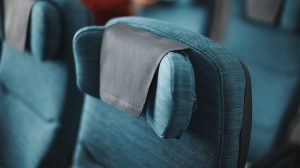 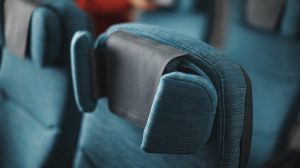 The upgauge of aircraft type of two of Cathay’s three daily flights represented a capacity increase of 15.7 per cent to Melbourne.

Cathay general manager for southwest Pacific Nelson Chin said passengers would notice the difference travelling on the latest generation A350.

Further, Chin also talked up the benefits of Cathay’s freight operations out of Australia with the use of the 777-300ER.

“It is really exciting to be introducing the Airbus A350 into Melbourne,” Chin said in a statement.

“The introduction of the Boeing 777-300ER onto CX178, which departs daily at 2330, not only adds more Business, Premium Economy and Economy Class seats, but it also provides better payload which will help facilitate cargo uplift.”

The A350-900 has been scheduled to operate the CX104/CX105 rotation, which is an afternoon departure from Melbourne and red-eye service from Hong Kong.

Meanwhile, the 777-300ER will take over the CX178 overnight flight from Melbourne and CX163 morning service from Hong Kong.

In addition to some regional routes, the A350-900 operates long-haul services from Hong Kong to Dusseldorf and London Gatwick, with Paris, Auckland and Rome to receive the aircraft by the end of 2016, according to the June 2016 edition of Cathay’s staff magazine CXWorld.

The use of larger aircraft follows a similar move in Sydney, where two of Cathay’s four daily flights are now operated with Boeing 777-300ERs.

The decision to add extra capacity to Melbourne also comes as Virgin Australia prepares to mount flights to Hong Kong and Beijing from a yet-to-be-disclosed Australian city from June 2017 in partnership with HNA Group.

Singapore Airlines (SIA) was the first airline to operate the A350 to Melbourne when it began a short stint with the aircraft in August. Thai Airways was due to replace its Boeing 777-200ER with the A350 on its Bangkok-Melbourne flights later in September.