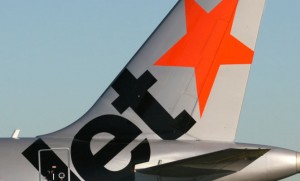 Jetstar is considering the sale and leaseback of some of the seven Airbus A320s it has in storage pending start-up approval for its Jetstar Hong Kong franchise.

Seven A320s bound for Jetstar Hong Kong are parked at Airbus’s Toulouse, France plant while Jetstar Hong Kong awaits regulatory approval to begin operations. Jetstar Hong Kong lodged its application for a licence to begin flying from Hong Kong last August, with the aim of starting flights by the end of the year, but the application has been opposed by Cathay Pacific, Dragonair, Hong Kong Express and Hong Kong Airlines, and the Air Transport Licensing Authority is undertaking a review of its licensing requirements.

“We are now choosing an aircraft leasing company to arrange a sale and lease-back on some parked aircraft in order to mitigate our financial burden,” the South China Morning Post reported an unnamed source as saying.