Etihad Airways has received approval to double its stake in Virgin Australia’s domestic business to 10 per cent despite heavy lobbying against the deal by rival Qantas.

In a statement today, the UAE flag carrier said its bid to increase its stake in Virgin from 4.99 per cent had been approved by Australian’s Foreign Investment Review Board.

“The purchase was made following the development of a highly successful multi-tiered partnership between the two airlines that includes code-sharing on flights, joint marketing initiatives and reciprocal earn-and-burn on their respective frequent flier programs,” Etihad said.

“The strategic partnership has already delivered significant revenues to each airline. It is expected that the equity stake in Virgin Australia will lead to further revenue generating opportunities.”

Virgin Australia earlier this year split its business into separate international and domestic wings in order to overcome legal restrictions that cap foreign ownership of Australia-based international airlines at 49 per cent. No such cap exists for domestic carriers.

Qantas has argued that the Virgin domestic and international businesses are separate in name only and that allowing greater foreign investment in Virgin gives it an unfair advantage, since outside investment in Qantas is limited under the Qantas Sale Act. 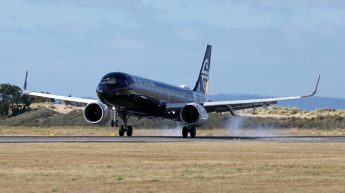 TWU calls for return of JobKeeper after Joyce email