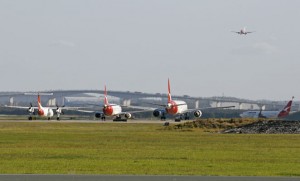 Brisbane Airport Corporation (BAC) has announced its first major restructure since the airport was privatised in 1997.

A new organisational structure, senior leadership team, and a team of general managers feature among the changes, designed to meet the increasing challenges of running day-to-day operations at the airport. “Over the past 12 months we have reviewed our achievements and looked at the entire organisation, setting out where we want to go and how we want to get there,” said BAC CEO and managing director Julieanne Alroe.

“BAC has been a very successful Queensland company for the first 13 years of its existence, developing a highly efficient and responsive airport for our many stakeholders, and ensuring a strong, long-term return on investment for our shareholders – most of whom are mums and dads investing through their superannuation,” Alroe said.

“A key to this performance in the face of major industry upheaval has been attracting experienced and talented professionals to help shape the destiny one of Queensland’s most important assets.”

As part of the restructure, BAC will look to meet key challenges in planning, regulatory change, property development and the changing global airport business model.