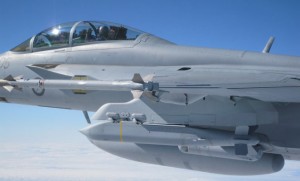 The Super Hornet with a JSOW underwing. (Dept of Defence)

The Department of Defence has released images of the test dropping of a AGM-154C JSOW glide bomb from a RAAF F/A-18F Super Hornet last month.

The weapon release was part of 1SQN’s first live weapon trials with the Super Hornet at the Woomera Test Range, north of Adelaide. Five Super Hornets and about 100 aircrew, maintenance and support personnel from 1SQN operated from RAAF Edinburgh during the squadron’s first deployment away from its RAAF Amberley home base. 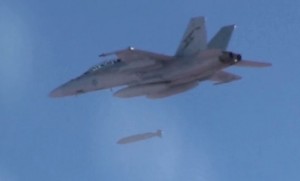 A screen grab from video of the JSOW launch. (Dept of Defence)