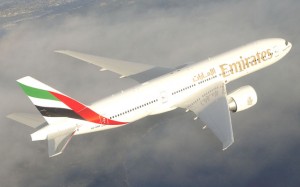 Emirates announced on November 4 that it will start a third daily Dubai-Sydney service on December 2.

The additional service will initially be flown four times weekly with a Boeing 777-200LR, rising to daily frequencies from January 2. Emirates says that with the flights departing at Sydney at 6am that it will allow for closer connections to its European services from Dubai.

“The launch of the third Sydney service reflects our continued commitment to Australia,” said Stephen Pearse, Emirates vice president Australia. “We announced our intention to increase capacity this year and we have stuck to that promise. Whilst it has been an unpredictable year, we are seeing positive signs of a recovery and with the launch of the new Sydney service we are well placed to take advantage of the increased demand for overseas travel.”