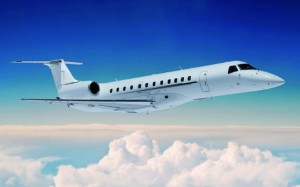 Embraer ECC Leasing has announced that it will showcase the 16-seat corporate shuttle version of its ERJ-135 at the NBAA convention from October 20-22.

The aircraft was reconfigured from an airline interior to the corporate shuttle over four months at Embraer Aircraft Maintenance Services (EAMS), in Nashville, Tennessee.

Embraer offers a dedicated business jet version of the ERJ-135 as the Legacy 600, as well as the converted former airliners. Two Corporate Shuttle ERJ-135s are currently in operation by the Brazilian Air Force.

ECC is Embraer’s commercial aircraft leasing arm, which is based in Dublin. The company focuses on managing and remarketing used Embraer aircraft.