In this cross-posting from Australian Aviation’s sister title Lawyers Weekly, Jerome Doraisamy speaks to HFW partner Mert Hifzi and senior associate James Jordan, who argue the aviation industry has been made a scapegoat during the coronavirus pandemic. In this cross-posting from Australian Aviation’s sister title Lawyers Weekly, Jerome Doraisamy speaks to HFW partner Mert Hifzi and senior associate James Jordan on how the business of aviation will change after the coronavirus pandemic has subsided. The legal tasks for professionals in the aviation space keep piling up, say two senior lawyers from HFW. […] This feature from the February 2020 edition of Australian Aviation explores how Seamless Skies would bring harmonisation to air traffic management, create efficient flows along the region’s airways and save tens of millions of dollars in costly fuel. IATA forecasts airlines to earn US$29.3 billion in net profit in 2020

IATA expects airlines around the world to collectively post net profit of US$29.3bln in 2020 as fears of a global recession ease and oil prices stabilise. 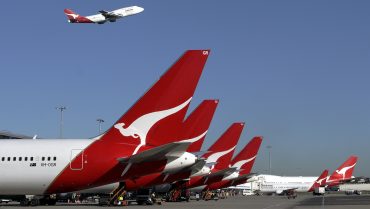 Fewer passengers not the solution to lowering aviation emissions: Qantas

Campaigns that call on people to fly less do little to support aviation’s push towards lowering carbon emissions, a senior Qantas executive says. Earlier in 2019, the Swedish government started asking people to reconsider the need to fly. The initiative – known as Flygskam or flight shame – has led to declining passenger numbers, according to […] An IATA 2019 survey showed 70 per cent of passengers were willing to share personal information such as biometric data to speed up processes at the airport.