The sell-off of Cobham has continued after defence and technology firm Leidos announced it would purchase its special mission assets.

It comes weeks after Rex announced it would scoop up Cobham’s FIFO operation for $48 million and expand its services further into Queensland and the Northern Territory.

In a surprise announcement on Tuesday night, Leidos said it would acquire its 14 modified aircraft.

“The integration of Special Mission into Leidos Australia will expand the scope of our global airborne ISR capabilities, diversify revenues, and open up new growth avenues.”

According to Kim Gillis, chairman of Cobham Aviation Services, they are a “perfect match”.

Rex’s own acquisition of parts of Cobham was quickly cleared by the ACCC this week, when it said it “does not intend” to conduct a public review into the purchase and therefore has no objection to the sale.

The final acquisition is still subject to approval by the Foreign Investment Review Board, which Rex expects to happen within the coming weeks.

Rex’s purchase would see it acquire 100 per cent of National Jet Express (NJE), which provides FIFO services in Western Australia and South Australia, as well as freight services from Sydney to Adelaide, Brisbane, Melbourne, and the Gold Coast.

The deal adds further fuel to fire in an ongoing dispute between Rex and Qantas over network expansion — particularly after the Flying Kangaroo said it would fully acquire rival charter and FIFO operator Alliance, which has a strong network in the Sunshine State.

Rex said earlier this month that half of the funding for this $48 million purchase would be provided by its own cash reserves and drawing down an additional $15 million from its $150 million investment from PAG Asia Capital, agreed in 2020. 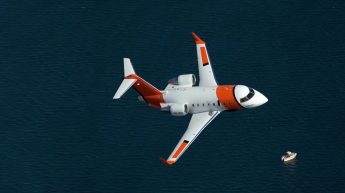