Sydney international passengers up 19% in June

The number of passengers travelling international via the country’s largest international gateway, Sydney Airport, jumped 19 per cent in June compared to May as the industry continues to struggle with operational problems.

Meanwhile, the number of international travellers at Sydney Airport has increased 164 per cent between January and June. However, international passenger numbers remain 47.1 per cent below 2019 levels overall.

Domestically, just under 1.9 million passengers passed through Sydney Airport, up slightly from the 1.8 million seen in May, though domestic figures remain 10.6 per cent down on 2019 levels.

Despite passenger numbers remaining below pre-pandemic figures, airports and airlines have struggled to accommodate for the sudden influx of travellers.

The industry has chalked up the chaotic scenes to the “perfect storm” of pent-up travel demand, COVID-19 absences, and an underlying shortage of aviation staff.

Sydney Airport CEO Geoff Culbert said on Thursday “The increasing demand for travel is encouraging but it’s clearly creating challenges for an industry that is still trying to rebuild operationally.

“With the June long weekend and school holiday peak behind us, we will continue to work on our operational recovery alongside our airline partners and each of the 800 organisations across the airport.”

Sydney Airport announced just last month that it was on the lookout for thousands of additional workers across multiple facets of its operations, in anticipation of strong travel demand during the July school holidays, and after the airport suffered significant scrutiny over operational shortfalls in April.

According to new data released by the Bureau of Infrastructure and Transport Research Economics (BITRE), just 63.0 per cent of all flights arrived on time in June, while 61.9 per cent departed on schedule.

BITRE said these figures mark “the worst” the industry has seen since records began in November 2003. It comes just months after this record was previously set in April, as the airlines battled staff shortages amid the Easter and ANZAC Day long weekends.

Meanwhile, rival Virgin cancelled 5.8 per cent of its flights, and saw the highest percentage of on-time arrivals for the month at 62.4 per cent. 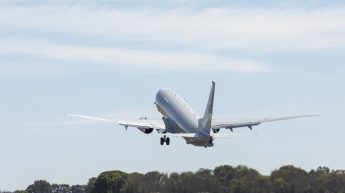