It comes just days after Australian Aviation reported that Bonza is increasing its pace on recruitment in order to fill over 200 cabin crew roles “immediately”, and after the airline confirmed its intentions to take delivery of its first 737 MAX jets this month.

Bonza is gearing up to begin flying on 27 routes to 17 destinations as soon as September.

The aircraft took to the skies just after 12:30pm local time on Wednesday, 6 July, as BOE977, to be ferried from Southern California Logistics Airport in Victorville — where it was painted in Bonza’s emblematic purple — back to Boeing Field in Seattle.

The jet was in the air for 2 hours and 10 minutes, which was long enough for two eagle-eyed Twitter users to snap the first photos of what is understood to be the second of Bonza’s first two 737 MAX orders.

First painted 737-8 VH-UJT (tbc) for Australian LCC startup Bonza retuned from VCV paint shop today as BOE977. It’s actually their second one by LN but BOE381 (LN 7591) needs to be reworked before receiving the full paint. What do people think of their livery? pic.twitter.com/TKb9zH6Aqe

The jet, soon-to-be registered in Australia as VH-UJT, was previously headed for LOT Polish Airlines and sported the registration SP-LVE. Evidence of the aircraft’s previous venture can still be spotted on its wingtips.

Meanwhile, the airline continues to drive up recruitment, attempting to fill hundreds of new roles as quickly as possible in preparation for launch.

Bonza said candidates would ideally have 12 or more months of experience on B737, Airbus or E-Jets, but would accept those new to the industry.

*SPOTTED* future VH-UJT — the very first fully painted Bonza 737-8! Both this guy and the one I posted a couple weeks ago are registered N5515X, but the bare metal one (still sitting here at BFI) is former SP-LVE, while this one is former SP-LVO. What a beaut! pic.twitter.com/dFqxQLChae

After unveiling its plans to the world in October 2021, Bonza had initially been aiming to launch in the second quarter of 2022. Speaking with the Australian Aviation Podcast, CEO Tim Jordan later said this goal had been pushed back slightly to “mid-year”, as the airline continued to navigate the AOC process with CASA.

Bonza later hinted that its mid-year launch plans could be delayed until at least September, in an open letter to future travellers. The airline confirmed that it had a date set for the delivery of its first 737 MAX jet — a key step in its Air Operator Certificate application process — however added that the date is “slightly later than first expected”, hence the delay in its intended launch.

Penned by chief commercial officer Carly Povey, the letter informs travellers that they “shouldn’t wait” for Bonza’s launch in order to “lock in [their] essential July and August travel plans”.

“Whilst we can’t wait to save you the long car ride or the need to holiday at home, we’d rather be upfront,” she said.

Once the airline launches, it will offer low-cost point-to-point travel between regional and coastal holiday destinations including Cairns, Mildura, Newcastle, and the Whitsunday Coast. Tamworth was later added to the list, bringing the total network to 27 routes across 17 destinations. 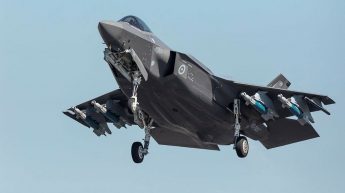