United Airlines has returned to Melbourne for the first time since 2020, with the resumption of its popular Melbourne-San Francisco service.

Flight UA60, operated by a Boeing 787 Dreamliner, touched down in Melbourne at 8:05am on Saturday morning, after departing San Francisco International Airport 16 hours and 11 minutes earlier.

United was one of the few global airlines to maintain connectivity with Australia throughout the pandemic, through its major Australian gateway of Sydney. Prior to the pandemic, United was also the second-largest carrier operating between Melbourne and the US.

Flight UA60/UA61 will continue to operate to and from Melbourne three times per week, before frequency increases later this year. The carrier will also look to add Melbourne-Los Angeles back to its network before the end of the year.

Melbourne Airport acting chief of aviation Jim Parashos said the crew manning the first flight were welcomed by Wurundjeri Woi-Wurrung Elders, while disembarking passengers were treated to a performance from the Djirri Djirri dance group.

“San Francisco is the gateway to Silicon Valley and this direct connection is critically important for Melbourne’s growing number of software and app developers,” Parashos said.

“The city is also United’s largest west coast hub and that means millions of people in a huge range of cities across North America now have one-stop access to Melbourne.”

United launched its Melbourne-San Francisco direct flights in 2019 and has since seen it become among its most popular Australian services.

Parashos said that the American carrier’s return to Melbourne is a “huge vote of confidence” in both Melbourne and Victoria.

“This is also great news for Victorians looking for an overseas break, because it puts all the attractions of San Francisco, the Bay Area and northern California within easy reach once again,” he added.

Virgin announced in December that it would switch its American codeshare partner from Delta Air Lines to United, after more than a decade of partnership with Delta.

The Virgin and United partnership was originally slated to be up and running by April, unlocking loyalty benefits for both Velocity Frequent Flyers and MileagePlus members.

Virgin said its deal with United, the only American airline to continue flying commercially between Australia and the US throughout the height of the pandemic, will triple its reach into the Americas.

Meanwhile, its existing deal with Delta is due to formally end on 12 June. Virgin has promised that existing bookings will be honoured. 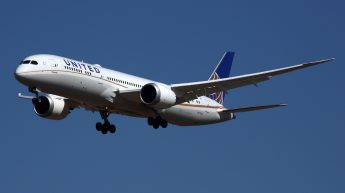