It comes weeks after Qantas launched the first non-stop flight between Perth and London.

The popular UK route had been on pause since the beginning of the pandemic, with Qantas opting to shift the layover from eastern states headed to London from Perth to Darwin due to WA’s “conservative border policies”.

Meanwhile, the airline’s QF1 route, which operates from Sydney-Singapore-London on the airline’s flagship A380 aircraft, resumed from 19 June — meaning Darwin will no longer operate as an entry or exit port for Qantas flights to London.

The flight comes on the same day The West Australian reported Qantas was close to agreeing a new three-times weekly flight from Perth to Johannesburg.

It’s thought the new route would see QF65 depart the WA capital at noon and land at 5.15pm, while the return, QF66, will depart Johannesburg at 7.20pm and land at 11.15am the next day.

Qantas said in a statement that the route was one it has had its eye on for “some time”.

“There are still a some hurdles we need to clear, including coming to an agreement with Perth Airport, before we would be confident we could make this route a success.”

Perth said in response it was “happy to continue discussions with Qantas about a potential Johannesburg service”.

It’s not known whether the ultra-long-haul Airbus will operate alongside or replace the 787s currently used.

Joyce told The West Australian  that the switch would occur because “we need the extra seats”.

Qantas has said the Airbuses will carry 238 passengers across four classes, compared to the similarly configured 787 aircraft.

However, the newer aircraft will feature lavish first-class rooms onboard with a door, bed, and 32-inch TV.

The decision will come as yet another blow to Boeing in Australia after the Flying Kangaroo chose Airbus to effectively replace its fleet of 737 domestic aircraft. 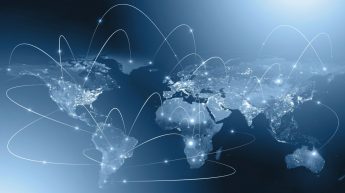