Drone operators have been warned to always be prepared for remotely piloted vehicles to “do something unexpected”, after a pilot struggled to regain control of a drone taxiing towards bystanders.

The Australian Transport Safety Bureau has concluded its investigation into a 19 June 2020 incident in which a drone pilot briefly lost control of their remotely piloted aircraft (RPA) after landing a successful autonomous maintenance flight.

However, the ATSB report ultimately found that the pilot had failed to completely disengage the RPA’s automatic operational mode, which rendered the vehicle unresponsive to control commands before it started taxiing towards the pilot and other personnel.

The report said the pilot considered attempting to stop the RPA by hand, but decided it was already moving too quickly. They instead toggled the automatic control settings on the controller until they could regain control of the aircraft and divert it away from bystanders.

The pilot then directed the RPA across the airfield and it came to rest against the perimeter fence, resulting in minor damage to the aircraft’s skin.

“The ATSB’s investigation into the incident determined that the pilot did not correctly disengage the RPA’s automatic mode,” said ATSB director of transport safety Stuart Macleod.

“Subsequently, when they increased the throttle to provide the aircraft with momentum to taxi back to the hangar the ‘abort landing’ function activated, increasing the throttle to maximum and overriding the pilot’s commands to decrease throttle.”

“RPA operators should be mindful of the risk of fatigue, particularly in high tempo commercial operations,” he said.

The incident also highlights the importance of controllers being as simple and reliable as possible.

“If a control leaves room for human error, then it will increase the risk of this error occurring even if procedural controls are in place. Consideration should also be given to a system that allows the remote pilot to shut down the aircraft immediately in the event of an unexpected state or failure.

“Lastly, operators should be prepared for the RPA to do something unexpected and know and frequently practice emergency procedures.”

It comes after the ATSB introduced its biggest overhaul in reporting rules in nearly two decades in September, which will see drone operators face the same mandatory reporting requirements as traditional aircraft.

The move was made in recognition of the growing prevalence of unmanned aerial devices in shared airspaces and the rapidly changing nature of commercial aviation in light of drone technologies, according to a spokesperson from the ATSB.

The new rules will also bring reporting standards for drones to be largely in line with requirements across the aviation industry.

It also comes as authorities grapple with the long-term problem of how to manage increased air traffic in Australia’s airspace, as drones begin to take the place of freight couriers, agricultural aviation, and the eventual emergence of UAV air taxis. 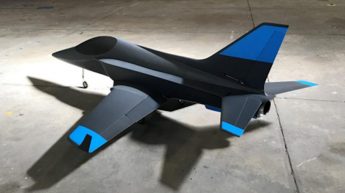 Photos: First Qantas A380 to be scrapped