Australia is set to welcome rapid antigen COVID-19 testing for at-home use ahead of the planned introduction of home quarantine and the restart of international travel.

Speaking to the press on Tuesday, federal Health Minister Greg Hunt said he is awaiting reply from Australia’s medical regulator to approve widespread use of rapid antigen tests, both for use in homes and workplaces.

Rapid antigen tests involve small nasal swabs, and can be self administered. The sample is placed into a chemical solution, which then gives a positive or negative result within 30 minutes.

While these tests are considered not to be as accurate as standard PCR tests, the fact that they are self-administered make them an easy screening tool for COVID. These tests are widely used in other countries to manage self-isolation, particularly for travel purposes.

“We want to see Australians to be able to travel overseas at the earliest possible time,” Minister Hunt said.

“I’m hopeful that these tests will be available at the earliest possible time for workplaces, and then subsequently, once we have the support of the AHPPC [Australian Health Protection Principal Committee], within the home.”

Meanwhile, Chief Nursing and Midwifery Officer Alison McMillan stated that the country could embrace a similar method for home quarantine as is currently used in Western Australia, which includes mobile phone apps that can trace a person’s location and ensure compliance.

McMillan said systems will be introduced to limit the amount of resources required to sustain home quarantine, and allow Australians to return to travelling.

“We’ll see the increased use of technology, as we’ve seen with things like the COVID app and the check-ins,” she said.

A move from hotel to home quarantine, along with digital vaccination certificates, have long been thought to be key to the return of international travel, once the country hits its target of having 80 per cent of all adults vaccinated.

However, the government is yet to announce exactly how home quarantine will work for returned travellers, or if and when tourists will be able to return to Australia.

Speaking exclusively with Australian Aviation, Australian Airports Association chief executive James Goodwin stated how important it is for the government to prioritise the recognition of non-Australian vaccine certificates, and provide certainty on the return of tourists to Australia.

“While it’s great that our Medicare vaccine certificates could be synced with our passports, we need to be working to recognise vaccines that were administered overseas, so that we can finally once again welcome tourists, and give relief to those industries most affected by the lack of tourism,” Goodwin said.

The news comes after the Australian government suggested it will lift its policy banning Australian citizens and residents from leaving the country as soon as November.

It also comes as the federal government awarded a $75 million contract to introduce the Digital Passenger Declaration (DPD), which will take the place of the existing physical Incoming Passenger Card and COVID-19 Australian Travel Declaration Form.

The DPD will also collect and verify vital passenger information, including vaccination status, up to 72 hours prior to boarding, and will give passengers digital confirmation on their ability to travel to Australia.

According to the government, the DPD’s infrastructure could be expanded to later include visa documentation, import and export permits, licenses, and other government services.

Qantas announced last month that is it preparing to ramp up its international operations ahead of Australia’s easing border restrictions.

According to projections completed by the airline, Australia is set to reach 80 per cent vaccination in its adult population by December, allowing both state and international border restrictions to ease.

However, Qantas did note that the international re-opening is likely to be “gradual”, with a focus on low-risk countries first, including those with high vaccination uptake including the UK, US, and parts of Asia.

From mid-December, Qantas and Jetstar will reinstate international schedules between Australia and low-risk countries, including Singapore, the US, Japan, the UK, Canada and Fiji. 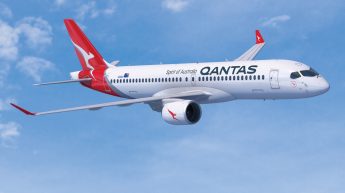