Qantas is set to rival Virgin and Jetstar on flights between Brisbane and the Whitsunday Coast following its launch of 14 new flights on the route per week, as the nation’s capacity war continues.

From 17 September, Qantas will launch seven new return flights per week between Brisbane and Proserpine in the Whitsundays, adding more than 1,000 new seats per week on the route.

It will put Qantas’ new flights, operated by the airline’s regional arm QLink on its 74-seat Q400 turboprop aircraft, in direct competition with Virgin and Jetstar, with Qantas offering tickets from $109 one-way for a limited time.

With prices rivalling that of budget arm Jetstar, Qantas has said the new route will “complement” Jetstar’s flights to the Whitsundays from Brisbane, Melbourne and Sydney.

It’s the first time Qantas has operated flights on this route in the last seven years.

The new addition joins a list of now more than 45 new domestic routes added by Qantas in the last 12 months, as Australia’s border remains shut to much of the rest of the world.

The launch of the new route coincides exactly with the beginning of Queensland’s mid-term school holidays.

“With international borders still largely closed, we’re pleased to be making it easier for Australians to experience the world-famous beaches of the Whitsunday region and access the gateway to the Great Barrier Reef,” said Gissing.

Gissing added that the airline has seen a huge uptick in demand for travel within Queensland, particularly amid lengthy and ongoing state border closures.

“Our flights from Brisbane to places such as Cairns and Townsville have been incredibly popular so we expect this new route to the Whitsunday Coast will appeal to the many Queenslanders looking to holiday in their own state,” he said.

“These new flights also open up the Whitsunday Coast to Qantas customers across the country who will be able to seamlessly connect through Brisbane from our extensive domestic network. More visitors will be great for the local economy with flow-on benefits for local businesses in their recovery from the impact of COVID.”

The news comes as Qantas continues in its work to soon exceed 100 per cent of its pre-COVID capacity within the next few months, a goal that has surely taken a hit amid the nation’s current state of lockdowns and border restrictions.

It also follows news that Jetstar announced it would rival Virgin and Qantas and launch five return flights between Perth and Brisbane in time for the summer travel season, as the carrier similarly eyes to soon reach 120 per cent of its pre-COVID capacity.

The A320 services will begin in November and increase to daily trips during the peak period, adding more than 100,000 seats between the cities per year.

Last month, the ACCC released a report that showed the reborn Virgin Australia has knocked Qantas’ post-COVID domestic market share down from 74 per cent in December to 69 per cent in March.

The decrease, revealed in the latest ACCC report monitoring network expansion, came alongside Virgin increasing its share from 24 per cent to 28 per cent, with Rex holding steady at 2 per cent. 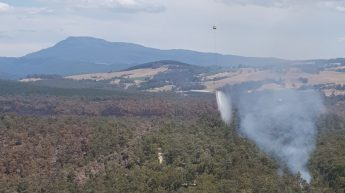