The TWU has called on the government to prioritise cabin crew for COVID vaccines after a Virgin employee tested positive on Saturday.

“The inefficiency of the vaccination rollout, including the paucity of doses, has effectively pitted groups of critical workers to compete with each other for priority,” said the union’s national secretary, Michael Kaine. “This has resulted in the dangerous exclusion of frontline domestic flight crew.”

The TWU revealed 70 Virgin employees are now in isolation after a COVID-positive colleague travelled while unknowingly infectious to Sydney, Brisbane, Melbourne and the Gold Coast.

“As this situation unfolds, we fear an exponential increase in cases beyond the borders of NSW,” said Kaine.

“The fastest way to ensure national lockdowns and a health emergency is to put unvaccinated people onto multiple flights across the country.

“We need a ramp-up of vaccinations for frontline cabin crew, we need rapid testing before and after flights, and we need national leadership on clear safety protocols and enforcement of those protocols.”

Kaine also attacked the way the limousine driver thought to be “patient zero” in the NSW outbreak has been “brutally scapegoated” for the “failed vaccination program and unaddressed gaps in biosecurity”.

On Saturday night, Australian Aviation reported how the Virgin cabin crew member had worked on five flights while likely infectious.

The business said in a statement, “The affected crew member is a close contact of a positive COVID-19 case from a known cluster in Sydney.

“Virgin Australia understands the crew member was not aware they were a close contact of a positive case until after they completed their last flight today.

“The crew member also had an overnight layover in Melbourne on 25 June 2021, staying at the Holiday Inn Express Southbank. While in Melbourne, the crew member remained in hotel isolation under prescribed COVID protocols for overnighting crew members from New South Wales.”

New Zealand also suspended the trans-Tasman bubble to all of Australia for the first time – and hinted it could restart with passengers requiring a negative test to fly.

“There are now multiple cases and outbreaks in Australia in differing stages of containment and the health risk for New Zealand in response to these cases is increasing,” said the country’s COVID Response Minister, Chris Hipkins.

Minister Hipkins said he was taking the “precautionary step of temporarily widening” the pause, which is due to end on Tuesday night.

“I acknowledge the frustration and inconvenience that comes with this pause, but given the high level of transmissibility of what appears to be the Delta variant, and the fact that there are now multiple community clusters, it is the right thing to do to keep COVID-19 out of New Zealand,” he said.

The introduction of pre-flight testing would be a significant change to the arrangement, and mirror similar arrangements introduced in countries such as the UK. 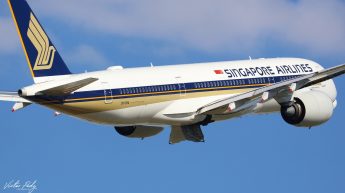