Civil Aviation Safety Regulation (CASR) Part 42 is based on EASA Part M, and establishes that a registered operator is responsible for continuing airworthiness of an aircraft, and outlines reporting and maintenance standards, as well as the airworthiness review process.

Part 42 is applicable to all aircraft authorised to carry out regular public transport operations, as well as large aircraft for which the registered operator has elected to have Part 42 apply to the aircraft, such as in the case of CHC.

CASR Part 145 sets out matters pertaining to Part 145 approved maintenance organisations and maintenance personnel requiring authorisation for the performance of maintenance certifications, as well as the issue of certificates of release to service for aircraft and aeronautical product maintenance.

This was done in recognition of the benefits the additional safety requirements included under Part 42 and Part 145 would bring to its customers, operations and its business, over the former regulatory framework.

“This has been a long-standing project, drawing on expertise from within Australia and the global CHC engineering team. I’m proud of the dedication, commitment and collaboration by our team whose hard work is reflected in the quality of the result that has been achieved,” Phipps said.

CHC regional director of Asia Pacific Vince D’Rozario said, “We are thrilled to receive our latest CASA approvals which complement our existing approvals for the Oil and Gas (O&G), Search and Rescue (SAR) and Emergency Medical Service (EMS) sectors.

“With the transition to CASR Part 42 and Part 145, we have expanded on our existing robust safety standards and focus on quality and service delivery,” he added.

“I am exceptionally proud of our Australian team for this achievement that demonstrates how we’re taking care of our customers.”

CHC Australia said it will commence the transition from CAR 42 and CAR 30 to CASR Part 42 and Part 145 organisations in the coming weeks.

Last year, Australian Aviation sat down with D’Rozario to talk about CHC’s safety priorities, which is something he said CHC tries to tackle “on the front foot”.

“So that means we’re still moving forward at CHC with things like the Line Operational Safety Audit (LOSA), and we are the only company in Australia that actually continued on with that,” he said.

“We’re also leading the charge with the IOGP 690 – Offshore Helicopter Recommended Practices – and I’m pleased to say that we’ve invested in what we need to become IOGP 690 compliant as fast as possible.

“There’s also the Real Time HUMS (Health Usage Monitoring System) that are installed onboard so we can get a sense in real time if there are any mechanical issues with the aircraft, so that not only saves us time, but it’s also a critical factor for safety, and that’s just to name a few.” 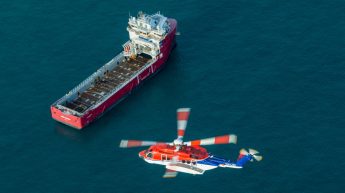