The industry body representing international airlines has criticised what it says is Australia’s absence of a “known plan” for reopening the borders.

The Board of Airline Representatives of Australia (BARA) also suggested the debate must shift to how much “risk” the country is willing to accept when restrictions end, which it said is “far more useful” than a binary argument of open or closed.

It comes after this month’s federal budget hinted international borders won’t fully reopen until the middle of 2022.

In a new statement, BARA said “confusion remains” as to what reopening the country to international travel could look like.

“There is much ongoing commentary about Australia’s international borders and the conditions under which a gradual re-opening may occur. Terms used include ‘low risk’ countries, vaccination rates, testing requirements and when advice from health officials deem it ‘safe’,” BARA said.

“But little is known about what will be required for Australia or how ‘safe’, however defined, can be made to work in practice. A number of overseas examples are emerging, which provide some useful insights.

“Many people were expecting guidance about plans to reopen Australia’s international borders in the 2021 federal budget. That a federal budget is a key source of information about such matters, rather than a publicly available framework incorporating industry consultation, highlights the important work yet to occur.

“International airlines have been clear that the decision rests solely with governments as to when to ease international travel restrictions. BARA does note a number of health professionals have now stated it’s time for Australia to begin the planning and work to reconnect Australia.

“But this raises the issue of whether Australia is willing to accept some level of risk from COVID-19, especially if there is widespread vaccination across the community.”

It concluded that, “For Australia, debate about risk and criteria and gradual progress is far more useful than the polar positions of ‘closed’ vs ‘open’ international borders. It allows for a path to reconnect Australia that adapts with changing circumstances.”

It comes after Virgin CEO Jayne Hrdlicka caused controversy this week by suggesting that a fully vaccinated Australia must accept “some people may die” when borders open. She since said she would “choose different words” if she had her time again.

In BARA’s last release, the organisation said new quarantine arrangements for crew staying overnight in Australia are “chaotic” and led to staff arriving in hotels without being able to eat a meal.

It also hinted that these “operational challenges” along with “spiralling costs” meant airlines may pull out of flights repatriating Australians.

It came after NSW, and many other states, changed the rules in January to ask international crews to quarantine at state-managed hotels and take a COVID test at the airport. Previously, airlines could organise their own transport and accommodation, so long as the details were shared with authorities. 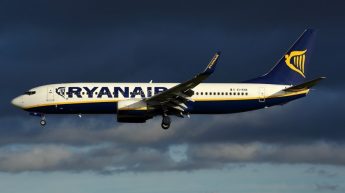 ‘Splendid isolation’ will leave us behind, says Melbourne CEO

Auckland Airport CEO to stand down

‘Splendid isolation’ will leave us behind, says Melbourne CEO