Airbus has signed a new contract to maintain the crucial refuelling systems on the RAAF’s fleet of KC-30A Multi-Role Tanker Transports (MRTT).

The planemaker said it would provide a “digital service focus” that would help ensure the aircraft is available for service more regularly and would keep repair costs down.

Australia currently has a fleet six KC-30A MRTTs, which are based at RAAF Base Amberley and operated by No. 33 Squadron. The aircraft is a heavily modified Airbus A330 airliner that enables air-to-air refuelling and strategic air lifts.

Airbus said its “Central Data System” would also allow operators to draw on the flight data recorded by the Mission Recording System before providing information outputs about issues registered during the flight and recommended maintenance actions to resolve them.

The capability is expected to evolve to allow users to extend the Air Refueling Boom System (ARBS) analytics to entire aircraft level diagnostics.

The Central Data System is a joint development, with Airbus collaborating with Northrop Grumman — the Australian KC-30A Through Life Support (TLS) provider — in sharing data and defining the architecture of the system.

“Since the launch of SmartForce in 2018, Airbus is fully committed to support the digital initiatives of our customers. Working collaboratively with them, we have signed five agreements for the co-development of new services and technologies,” Stephan Miegel, head of military aircraft services at Airbus Defence and Space, said.

“We are proud to see that military operators are increasingly joining us on our digital journey.”

According to Jake Adams, Northrop Grumman Australia KC-30A program manager, the introduction of the Central Data System has already increased availability of the ARBS.

“The recent agreement between Airbus and Northrop Grumman Australia ensures that the RAAF continues to benefit from this capability as well as providing the opportunity for ongoing collaboration and sharing of data and analytics to enhance the ARBS capability,” he said.

The KC-30A MRTT is fitted with two forms of air-to-air refuelling systems: an advanced refuelling boom system mounted on the tail of the aircraft and a pair of all-electric refuelling pods under each wing.

These systems are controlled by an air refuelling operator in the cockpit, who can view refuelling on 2D and 3D screens. The KC-30A can carry a fuel load of more than 100 tonnes and transfer part of that load to compatible aircraft.

The KC-30A MRTT can remain 1,800 kilometres from its home base with 50 tonnes of fuel available to offload for up to four hours. In its transport role, the KC-30A is capable of carrying 270 passengers.

It comes with under-floor cargo compartments that can accommodate 34,000 kilograms of military and civilian cargo pallets and containers. 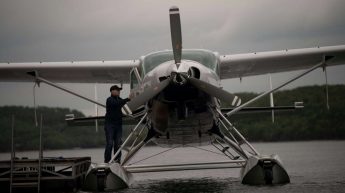