An ATSB report said the aircraft were “so close” that the smaller aircraft dramatically lowered its nose to avoid a collision on 19 October last year near Albury, NSW.

Incredibly, the investigation also revealed air traffic controllers did not even notice the incident at the time, and said pilots on both aircraft made “incorrect assumptions” and must take responsibility.

A tragedy was only avoided when pilots on the larger aircraft received an automatic collision-avoidance alert and instigated manoeuvres.

“Virgin Australia and Airservices Australia have commenced discussions to convene a cross industry stakeholder meeting to include operators, the Civil Aviation Safety Authority, the ATSB and the broader industry to discuss the ongoing risk to operations at non controlled and Class D airports, such as Albury,” said the ATSB’s director of transport safety, Stuart Macleod.

On 19 October 2019, a Piper PA-28-161, registered VH-XDI (XDI), operated by the Australian Airline Pilot Academy (AAPA), was inbound to Albury from Wagga Wagga, NSW, on a training flight.

The pilot was the only person on board. An ATR72-212A, registered VH-FVR (FVR), operated by Virgin Australia Airlines, was also inbound to Albury on a scheduled passenger flight from Sydney. There were two flight crew, two cabin crew and 66 passengers on board.

After the PA-28 had joined the downwind circuit leg for a touch-and-go landing on Albury’s runway 25, air traffic control informed the PA-28 pilot that “…you’re number two following an ATR on about a four mile final, report traffic in sight”.

The controller later advised the ATSB that, due to their attention being focused on a third aircraft, they were not monitoring the PA-28 as the aircraft continued on downwind and turned on to the base leg of the circuit. At that point the PA-28 pilot had not sighted the ATR nor advised the controller that they did not have it sighted.

The PA-28 pilot, meanwhile, advised the ATSB that when the ATR was first sighted it was so close that they lowered the nose of their aircraft to increase separation. The pilot recalled carrying out normal visual checks to ensure the base and final legs were clear, but did not look along the long final flightpath, assuming that the ATR, which had been cleared to land before the PA-28 joined downwind, was either on short final or had landed.

“As the PA-28 was operating under visual flight rules, separation between the two aircraft was the pilots’ responsibility, and the pilots on both aircraft made incorrect assumptions about both each other’s movements, rather than taking positive action to confirm that adequate separation would be maintained,” Macleod said.

“In addition, the air traffic controller had recognised the potential conflict and implemented a plan to sequence the aircraft’s arrival, however, the controller did not seek confirmation from the PA-28 pilot that they understood the instruction to follow the ATR.”

As well as finding that the PA-28 pilot did not sight the ATR, and did not advise the controller that they did not have the aircraft in sight before turning in front of the ATR, the ATSB’s investigation found the ATR flight crew were aware there was traffic in the area but did not assess the position of the PA-28 until the TCAS traffic advisory alert activated, Macleod noted.

In addition, the investigation found that the controller did not identify the developing near collision as they were not effectively monitoring the aircraft in the circuit area due to their attention being focused on another aircraft.

“The circumstances of this near collision incident illustrates the danger of assumption and incomplete situational awareness,” Macleod said.

A number of safety actions have stemmed from the occurrence and the ATSB’s investigation, Macleod noted.

Alongside the discussions between Virgin and Airservices, AAPA conducted an internal investigation and implemented a number of additional risk controls, including the introduction of regular face-to-face seminars between controllers at Albury Tower and new students to explain operations in Class D airspace before students complete their first solo flight to Albury. 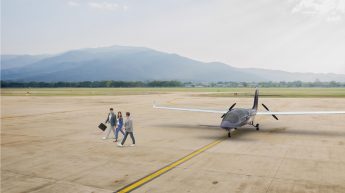 Ansett Aviation Training to be sold to consortium

Ansett Aviation Training to be sold to consortium