Queensland’s decision to reshut its border to NSW caused domestic passenger traffic nationwide to slump 40 per cent from 1,455,000 in July to a projected 850,000 in August.

The new analysis from the Australian Airports Association for the first time reveals the full effect of Queensland’s border closure, which suddenly halted a doubling of traffic between June and July.

Queensland opened up to NSW on 10 July but closed to Sydney on 1 August and then to all of NSW and the ACT just a week later. As the NSW-Victoria border shut earlier on 6 July, the figures suggest Premier Annastacia Palaszczuk’s decision was the crucial factor behind the drop.

Overall, domestic travel still remains down 92 per cent in August compared with the same month in 2019, with international traffic down 98 per cent.

“The slight recovery we thought we’d see in June and July was hampered in August because we lost key traffic to and from Victorian airports, which impacted heavily on the performance of Sydney and Canberra airports,” said Goodwin.

“What we need from state governments is more certainty around the border re-opening time frames because air travel has long lead times. There are dozens of aircraft sitting idle on tarmacs which will need to be recommissioned, pilots will need to get their flying hours up and travellers need time to plan and book.”

The Australian Airports Association also flagged the problem of arrival caps stemming international travel, with traffic numbers remaining low but stable: rising slightly from 74,000 in July to 88,000 in August.

“Currently the government is allowing more than double the number of passengers to leave Australian shores than they’re allowing back in,” said Goodwin.

“If they were serious about getting Australians home from overseas, national cabinet could review the inbound caps again and raise them to match outbound numbers. If they did this, stranded Australians could be home in time for Christmas.”

In September, Prime Minister Scott Morrison revealed the country is considering swapping hotel quarantine for home isolation for those who arrive in Australia from countries with low COVID-19 case numbers.

The idea, which the PM flagged was still a way off, would help solve the problems caused by the country’s arrival caps, which critics said have pushed up prices and reduced availability for Aussies abroad trying to return home.

It also comes weeks after the industry body representing international airlines floated the idea amid warnings its members would stop scheduling flights to Australia.

PM Morrison said that “home quarantine can play a role in the future” and is being considered by the government’s health advisory board “as we move beyond the phase we’re in now”.

previous post Watch: Antonov An-124 lands at Wellcamp
next post Brisbane Airport more than twice as busy as Sydney 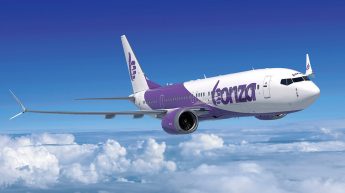