The investigation, written by the Emergency Leaders for Climate Action (ELCA) group, argues the country must invest in automated sensors that can allow for the immediate deployment of firefighting aircraft.

Former NSW Fire and Rescue commissioner Greg Mullins, one of its authors, said, “The basic premise is if you can round them up when relatively small, then we are able to move on to next outbreak.”

In June and July 2020, campaign group ELCA organised what it called Australia’s first ‘virtual bushfire and climate change summit’, which brought together hundreds of participants to discuss new strategies for avoiding a repeat of last summer’s bushfire crisis.

The report makes a number of recommendations, but the most eye-catching is a shift to early detection of fires.

“This is a major change in our approach and requires significant investment in early detection and rapidly deployable aerial and ground firefighting forces,” the report argued.

“To match the escalating threat and cost of bushfires, Australia must upgrade its firefighting capabilities.

“This includes better resourcing for urban and rural fire services and land management agencies, and developing self-sufficient aerial firefighting capabilities rather than relying on the availability of medium and large aerial firefighting assets that are increasingly difficult to source due to overlapping northern and southern hemisphere fire seasons.

“The federal government should consider a scheme to pay or reimburse volunteers deployed for extended periods or suffering hardships or loss of income due to their firefighting commitments.”

The report also argues for the introduction of a new mobile app that would allow people to share information on fire and other hazards in real-time.

More generally, the authors claim that climate change “caused by the burning of coal, oil and gas” is causing hotter temperatures, a longer fire season, more lightning and drier vegetation that acts as fuel.

“I’ve never seen that before in 50 years of firefighting,” he said.

“I remember being on the highway and seeing something black on the side of the road moving, they were dead and dying kangaroos that couldn’t escape. That moved me to tears. It’s not like it used to be.

“This planet is in trouble because of us.” 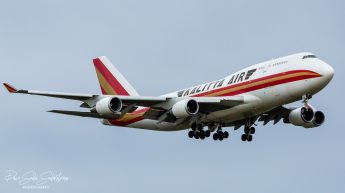