Canberra Airport calls for expressions of interest in trans-Tasman flights 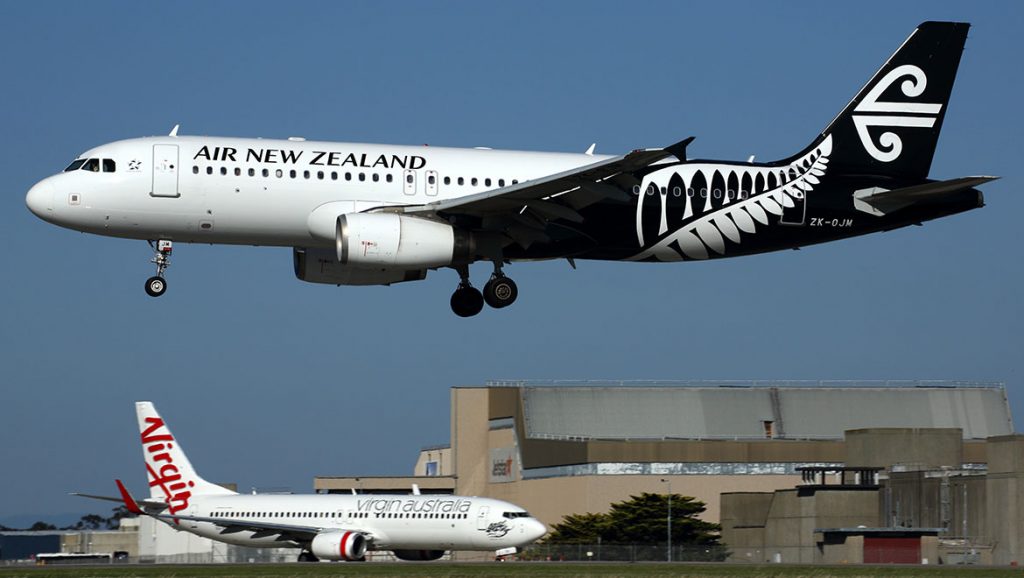 Canberra Airport has called for expressions of interest for the first trans-Tasman flight to Wellington, which it said could operate as soon as 1 July – subject to government approval.

The Australian Chamber of Commerce and Industry unveiled the full details of its proposal on Thursday, which allows would-be travellers to register their interest.

The plan, however, does not have formal backing of the airlines or either government, and is separate to that being drafted up by the Trans-Tasman Safe Border Group.

Speaking to The Australian, an Air New Zealand spokesperson said that the airline “does not intend to operate this route”, stating that “international travel will resume once border restrictions have lifted”.

Canberra Airport, backed by the local, Auckland, and Wellington chambers of commerce, is pressing ahead with the idea, which would see a graded reopening of the trans-Tasman bubble beginning with flights between the two capital cities.

“You’ve got businesses hanging on for dear life where every day matters. If we delay this by a matter of months or indeed four to six weeks beyond July 1, you’re guaranteeing significant bankruptcy in the tourism sector that could be averted,” said Stephen Byron, Canberra Airport managing ­director.

Under the proposal, all Australian passengers would be ­tested for the coronavirus prior to departure. New Zealanders travelling to Australia would also be ­encouraged to use the Morrison government’s COVIDSafe app.

“The incremental approach will allow the early recommencement of travel between Australia and New Zealand and it will reunite families and friends who have been desperate to reconnect since the borders closed on 19 March 2020,” said Michael Barnett, Auckland Business Chamber chief executive.

In full: The updated Qantas network

I saw on the news last night that this has been caned by both Trans Tasman Governments.

No surprise, I’ve heard some stupid ideas on re opening our skies but this one takes the cake.

It’s a worry if this is the best that our experts can come up with.

Nicholas, saw on news, prob means it will happen. Jacinta is worst PM NZ has ever had & works off the same flawed principle as Qld premier Chukka. They both think, the more often in media, the more votes they will get. Think both will lose elections this year, hopefully.

They’d have to test Australians for Covid, keep them in quarantine whilst they await the test result, so they don’t catch it in the meantime, then get on a plane hoping to hell the airport & airline staff aren’t infected, as many of them are, then probably get put back into quarantine in New Zealand for 2 weeks, by which time the holiday’s up, they fly back & get escorted off to quarantine yet again for ten days. A very silly idea. Even though I do believe that flights & airports in national capitals should be prioritised in general over other cities.

We live in Canberra and have a sick friend in NZ that we would love to visit so we would be willing to take up the offer.

could happen, but CBR airport would have to waive all it’s extremely high charges + underwrite initial flights for at least a few months. Could start with as few as 2 flights a week but no fewer. CBR/NAN was tried decade or so ago, but failed, even though it meant easy one stop way to LAX without any change of airport terminals like at BNE, SYD or MEL.

This could then mean Canberrans & those in NSW living closer to CBR than SYD, could fly to fabulous Fiji nonstop or connect to LAX flying the best aircraft across the Pacific, the A350 or connect to San Fran. Unlike many airlines, you can upgrade straight to business class from any airfare at all, not some high economy fare like on Qantas & who really wants to transfer at awful SYD airport. At Nadi, you might have to walk 100m from 1 gate to another maximum.

Its just opportunistic by Canberra Airport to take expressions of interest. Turning those into fare purchases will be a different matter. Singapore Airlines must have found the number of passengers between Wellington and Canberra didn’t justify their direct flight operated for a time last year, so why would it be different now. How are Aussies going to get to Canberra to catch the flight and the extra cost to get home again also. Not a very bright idea if the airlines are not supporting it either.

The Enzed Guvmint has said categorically that this is not a goer. So why are the Australian news media, including AA, persisting with Canberra Airport’s pipe dream?