With over 160 new cases of COVID-19 recorded in Victoria over the last week, the states and territories have mulled over their decision to re-open their borders to the eastern states. Here’s where the states currently stand.

Queensland Premier Annastacia Palaszczuk announced on Monday that the state’s decision to re-open its border to the rest of the nation on 10 July could be overturned, following a spike in cases of COVID-19 in Victoria.

Overnight, Victoria recorded another 19 cases of COVID-19, putting a halt on the state’s plans to continue easing restrictions. Victoria has seen 160 new cases of the virus within the last week.

In light of this, Premier Palaszczuk stated that the decision to re-open the Queensland border will come under assessment at the end of this month, which could see the state backflip on its decision to open the border in mid-July.

South Australian Premier Steven Marshall may also consider pushing back its date to re-open its eastern border – currently set for 20 July – in light of the situation in Victoria.

“We don’t want to go backwards, so we won’t be opening our borders if it’s not safe to do so,” Premier Marshall said.

Currently South Australia is already welcoming visitors from WA, the NT and Tasmania, with no quarantine requirements.

Meanwhile, in WA, Premier Mark McGowan revealed that he had intended to lift the hard border between WA and the eastern states on 8 August, however due to Victoria’s uptick in virus cases, he will now refrain from setting a date.

“I had planned to announce a tentative date for the removal of WA’s hard border as part of our roadmap today. However, with the situation evolving and Victoria, based on our health advice, we have decided to put that on hold,” Premier McGowan said.

He stated that an indicative date for the opening of the WA border “will be set in the future”.

“To be clear, the WA hard border will only be removed when the chief health officer of Western Australia is confident the spread of the infection is controlled in the eastern states. Our position is crystal clear on this,” Premier McGowan said.

The west-most state has also announced the easing of multiple restrictions, which will see standing patrons in pubs served food and alcohol, unseated live performances to be permitted, limits on gatherings to be removed.

NSW Premier Gladys Berejiklian called an emergency meeting with NSW officials early on Monday, which ultimately resulted in the decision not to close the border between NSW and Victoria.

However, Premier Berejiklian encouraged individuals to “consider whether they should be travelling to Melbourne at this point in time”, due to the current rates of community transmission in the state.

The NSW Premier also reiterated the advice of health authorities, which have advised Australians to avoid travelling in and out of six Victorian COVID-19 ‘hotspots’: Hume, Casey, Brimbank, Moreland, Cardinia and Darebin.

Despite this advice from Premier Berejiklian, NSW Deputy Premier John Barilaro said the state government will continue to discuss “managing” the number of people coming in from Victoria.

Deputy Premier Barilaro said he’ll be encouraging the Premier to enforce some restriction on the Victorian-NSW border.

“I’m not saying close the border completely,” he said, “But some level of restriction maybe on travel for holidays or anything outside of work.”

The Northern Territory state government has for now decided not to push back its date of reopening its borders to the rest of the nation on 17 July, despite acknowledging the spike in Victoria.

Health Minister Natasha Fyles said the spike in positive results down south was just part of the “new normal”.

Commenting on extended national border closures, Prime Minister Scott Morrison encouraged the states and territories to reduce the amount of time spent with borders on lockdown, while highlighting that the states have every right to work in “their best interests”.

“Again, we always said that we were not going for eradication of the virus. Other economies tried that, and their economy was far more damaged than ours,” the Prime Minister said.

“And so we have to ensure that we can run our economy, run our lives, run our communities alongside this virus. Until there’s a vaccine, then that’s what we have to contend with.

“And we can’t just shut everything up forever. The economic impacts of that are devastating.” 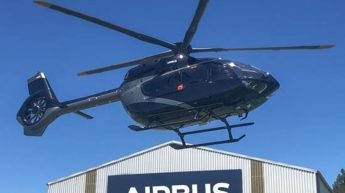