A partnership between Avalon Airport and Citilink Indonesia means Melburnians can travel to Bali (Denpasar) with a checked-in surfboard for free.

The deal, which runs until the end of March, includes 10 kilograms luggage, seven kilograms hand luggage and a standard meal.

Avalon CEO Justin Giddings said the move was part of a broader push to prioritise easy and affordable travel for Victorians.

“This is why we are so proud to have partnered with Citilink Indonesia to not only offer competitive low fares, but also great deals such as free transport of surfboards and cheaper parking,” he said.

“There are so many great, but unknown benefits that come with flying via Avalon Airport. It means cheaper parking, less waiting time, no queues, on-time departures, free trolleys, no hassles and high quality, friendly service.”

A subsidiary of Garuda, Citilink flies from Avalon Airport multiple times per week. 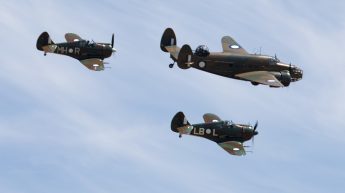 Canberra’s RAAF 100 flypast: every time of every aircraft

Inside the Archive: Loyal Wingman

Canberra’s RAAF 100 flypast: every time of every aircraft