Gold Coast Airport says it has partnered with Autism Spectrum Australia (Aspect) to support passengers travelling with a hidden disability.

The program, launched on International Day of People with Disability on Tuesday, featured tools designed to help travellers plan for their flight, as well as training for those working at the airport.

“Both the diagnosis and awareness of hidden disabilities are on the rise in Australia,” Charlton said in a statement.

“We felt the need to not only acknowledge this fact but to act on it by building a culture of acceptance amongst our employees and the wider airport community.”

Further, there would be practical terminal facilities such as “low sensory entry, low sensory bathroom, low sensory room and reserved seating at the boarding gates”

Other features of the program included a terminal sensory map, a lanyard identification program, a “My Airport activity book” and the airport’s existing therapy dog program that has been in place since December 2018.

“It is estimated one in 70 Australians is living with autism and this could equate to around 90,000 passengers per year at Gold Coast Airport – and that’s just one example of a hidden disability,” Charlton said.

“Airports can be busy places. We are doing what we can to encourage our passengers to plan for their journey ahead of time, particularly if they or a family member has a hidden disability.”

One of the Aspect consultants who worked with Gold Coast Airport, Matthew Oastler, said the program was an example of world’s best practice.

“At Aspect we know that by including autistic people in autism-friendly work, the outcomes will be better and will ultimately benefit the whole community, that is why we’ve had our autistic consultants involved in the Gold Coast Airport program from the very start,” Oastler said.

“We really believe Gold Coast Airport has gone above and beyond the often-tokenistic nod to people with a hidden disability and looked at all the issues facing someone with sensory, communication and anxiety issues – they should be congratulated.”

More information on Gold Coast Airport’s hidden disability program can be found on the airport’s website. 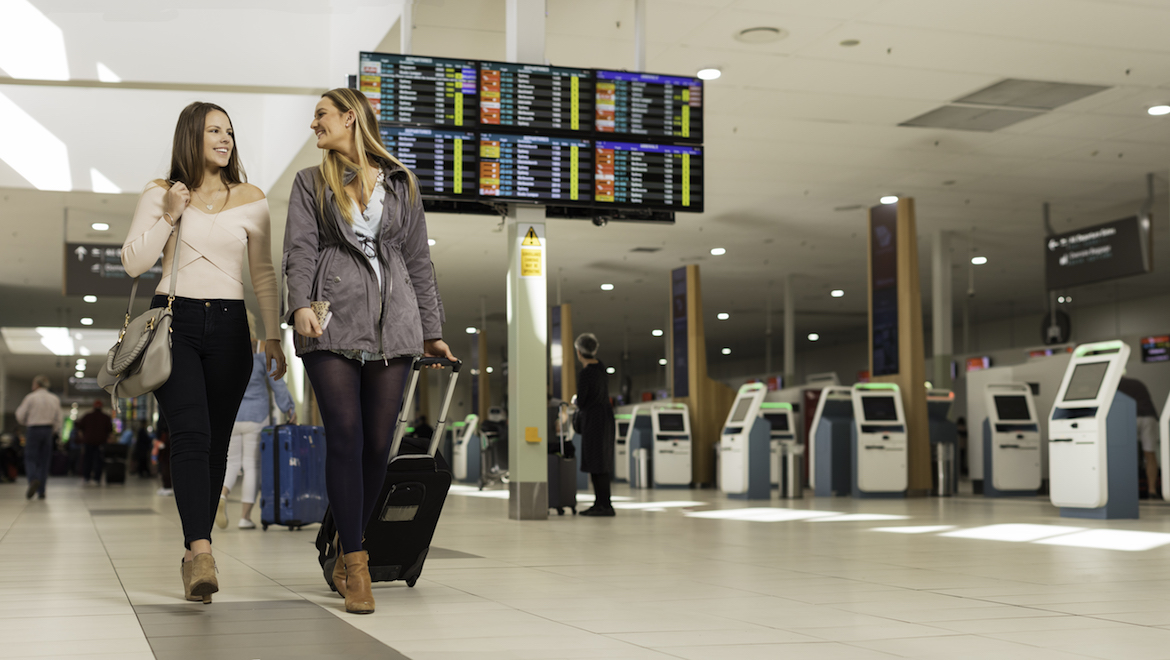 British Airways signs up to The Valuable 500

Separately, British Airways said on Tuesday (UK time) it had signed up to The Valuable 500, a global movement to make accessibility a business priority.

British Airways said there were about 500,000 passengers that fly with the airline a year that required additional assistance, with the figure expected to grow by about eight per cent annually.

“I am really proud of the strides British Airways is making to support customers requiring additional assistance, from our investment in enhanced staff training to the dedicated customer team which, having been in place just two months, has already doubled customer satisfaction levels for the customers they are supporting,” British Airways chief executive Alex Cruz said in a statement.

“We know travelling with a hidden or visible disability can be difficult, so through signing this pledge we are making a commitment to get this right for our customers, and providing reassurance that we will do all we can to make their journey easy and stress-free.”

British Airways said it introduced a dedicated team of accessibility experts, many of whom had personal experience living or caring for someone with a disability, for travellers who required additional assistance.

Further, those in the team also received specialist training to enable them to answer any questions customers have when they get in touch via a dedicated phone number or email address.

VIDEO: A British Airways video that looks at the airline’s accessibility team.

IATA said the 13 core principles aimed to change the focus from disability to accessibility and inclusion through collaboration between the travel sector and governments to harmonise regulations and provide the clarity and global consistency that passengers expected.

The resolution can be found on the IATA website.