Air New Zealand says it will operate extra flights in December 2019 on five regional routes that Jetstar is withdrawing from at the end of November.

The airline said on Thursday it had scheduled an additional 253 flights throughout the month of December on Auckland-Napier, Auckland-Nelson, Auckland-New Plymouth and Auckland-Palmerston North, as well as between Wellington and Nelson.

“Air services are extremely important for regional New Zealand, particularly over the busy holiday period, so we’re pleased to be able to step in and add capacity to the routes impacted,” Wallace said in a statement.

“We are also continuing to look at additional capacity on our regional services post December.” 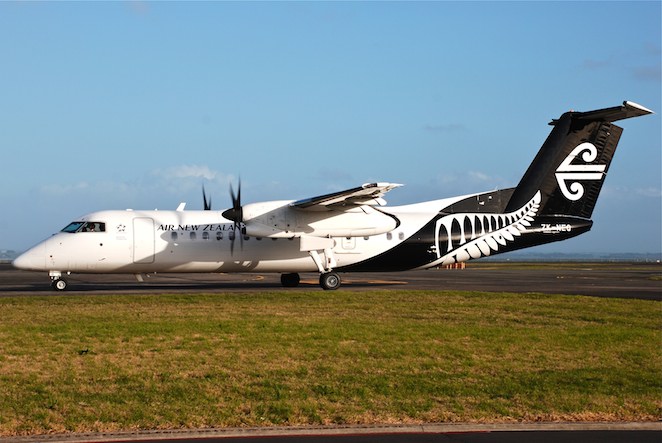 On September 25, Jetstar said it planned to end its regional flights with Q400 turboprops at the end of November 2019 due to ongoing losses.

The Q300s were operated on behalf of Jetstar by QantasLink’s Eastern Australia Airlines. Starting in 2015, there have been between three and five turboprops flying from Auckland to Napier, Nelson, New Plymouth and Palmerston North, as well as between Nelson and Wellington.

Those aircraft would return to Australia and be redeployed on the QantasLink network.

Following a consultation period with affected employees, Jetstar said on October 16 affected staff had all been offered re-employment options and most had stated a preference to remain with the Qantas group.

“As we explained when we announced our proposal in September, this decision is based on our regional operations continuing to be loss making, combined with higher costs and a softening of the regional travel market,” Jetstar group chief executive Gareth Evans said in a statement.

“I’d like to thank our regional team members and our loyal regional travellers and stakeholders for all their support. We gave this network a real go over the past four years, but the commercial numbers just don’t stack up to keep operating.”

The airline has offered alternative re-employment options to all of the affected employees and nearly all have indicated they would like to take up the opportunity to remain with the Qantas Group. While I understand why they are doing this, (and I can be corrected on my next statement), there are Air New Zealand flights in NZ, with QF flight numbers, where we don’t get status credits. am I correct in this observation?

Due to competition issues, QF and NZ are limited are what they can do with their partnership. With new CEOs at both NZ and VA, it is possible that the partnership between the 2 smaller airlines may be revisited over the next year.

That is correct as the partnership had not extended that far,I would watch this space though as I know the new Virgin ceo has had meetings with Air Nz management in Auckland over the last 3 mths and I would say VA and NZ will reform an alliance because NZ isn’t happy with Qf and never wanted it.

Hopefully QF and NZ stay together, VA is a horrible product.