American Airlines has extended the cancellation of its Boeing 737 MAX-operated flights until November 2 2019.

The updated schedules announced on Sunday (US time) is two months later than the airline’s previous cancellation period of the trouble-plagued aircraft until September 3 that was made in June.

American Airlines said the cancellations for its 737 MAX fleet until November 2 2019 represented about 115 flights per day.

Further, the cancellations would mean customers and team members could more reliably plan their upcoming travel on American.

“American Airlines remains confident that impending software updates to the Boeing 737 MAX, along with the new training elements Boeing is developing in coordination with our union partners, will lead to recertification of the aircraft this year,” American Airlines said.

“We are in continuous contact with the Federal Aviation Administration (FAA), Department of Transportation (DOT), National Transportation Safety Board (NTSB) and other regulatory authorities.

“Our reservations and sales teams will continue to work closely with customers who are impacted by these cancellations.”

Similarly, United has pushed back the expected return of the 737 MAX until November 3. This represented about 2,100 cancellations in September and 2,900 flights in October.

“We are continuing to work through the schedule to try and swap and upgauge aircraft to mitigate the disruption caused by the grounding of the MAX,” the airline said in a statement on Friday (US time).

Regulators around the world grounded the global 737 MAX fleet following the crash of Ethiopian Airlines Flight 302 in March 2019.

Anti-stall software used on the 737 MAX, known as Maneuvering Characteristics Augmentation System (MCAS), has been implicated by investigators as a factor in the Ethiopian Airlines accident, as well as the earlier fatal crash of Lion Air Flight 610 in October 2018.

Boeing has been working on a software update on MCAS.

However, the FAA said in June it had found a “potential risk” with Boeing’s fix that had to be addressed before the aircraft would be cleared to fly.

Boeing chief executive Dennis Muilenburg said it was working to address an additional flight condition to reduce pilot workload and ensure the safety of the aircraft.

Reports indicated it would take until at least September for Boeing to complete work on the issue that the FAA had identified. 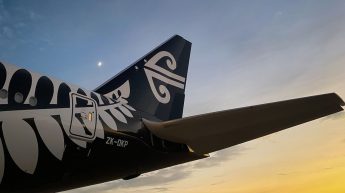