The announcement was made on Wednesday (European time), with the transaction “subject to customary closing conditions”, the Basel, Switzerland-based Jet Aviation said in a statement.

The company also has workshops throughout Asia in key locations such as Kuala Lumpur, Manila, Shanghai and Singapore.

On the sales side, the company offers sales and support services for Textron’s Beechcraft, Cessna and Bell Helicopter range, as well as the Diamond Aircraft range, in various markets across the Asia Pacific and Middle East.

“It builds on our strong values and passion for exceeding our customer’s expectations and I, on behalf of the management, am confident that the combination of the two companies will create a clear leader in the aviation space,” he said.

Jet Aviation, which has about 30 locations across Asia, the Caribbean, Europe, the Middle East,and North America, offers maintenance, completions and refurbishment, engineering, FBO and fuel services, along with aircraft management, charter services and personnel services.

The company also has aircraft management and charter division that comprised a fleet of about 250 aircraft.

It is part of United States-headquartered aerospace and defence giant General Dynamics, which is the parent company of Gulfstream. 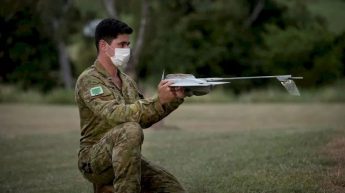