Air New Zealand says it will have to remove two Boeing 787-9s from service for as long as “a number of months” while their Rolls-Royce Trent engines undergo repairs.

The Auckland-based Kiwi flag carrier says it has now completed checks on the Trent 1000 ‘Package C’ engines in its fleet following a European Aviation Safety Authority (EASA) directive issued earlier this week that called for inspections of the engine’s compressors.

“As a result of the checks two Air New Zealand 787-9 Dreamliner aircraft will be temporarily removed from service while engines undergo maintenance work at a Rolls-Royce facility in Singapore,” the airline said in a statement on Saturday morning.

“Around 340 engines globally are subject to the checks and this is placing very high demand on Rolls-Royce’s maintenance facility, meaning it may take a number of months before Air New Zealand’s engine repair work can be completed.”

Air New Zealand says it will have to make changes to flight times and operating aircraft on certain routes “in order to avoid further flight cancellations to the extent that is possible”.

“Unfortunately this will mean disruption for our customers in the coming months as we adjust our schedule and fleet utilisation to accommodate these challenges and we thank our customers for their patience as we work through this,” Air New Zealand chief operational integrity and standards officer David Morgan said.

The airline said it was considering once again wet-leasing aircraft from Portuguese operator Hi Fly for service entry next month.

“This condition, if not detected and corrected, could lead to inflight blade release, possibly resulting in reduced control of the aeroplane,” the EASA AD said.

In December, Air New Zealand had two incidents where 787-9 operated flights were forced to turn back due to what was at the time described as “abnormal indications on one of the engines”.

It then wet-leased two aircraft – an Airbus A330 and A340 – from Hi Fly as its 787-9s underwent maintenance checks. The Hi Fly aircraft have since been returned to their owner.

“Like Air New Zealand, aviation regulators prioritise safety over everything else and EASA and FAA have taken a very conservative approach in the checks and restrictions they’ve put in place around these engines,” Captain Morgan said.

“Customers travelling on our Dreamliner aircraft can be very confident in the integrity of the engines.”

previous post Australian War Memorial to add RF-111C to its collection
next post No train, no gain – pilot training in the spotlight 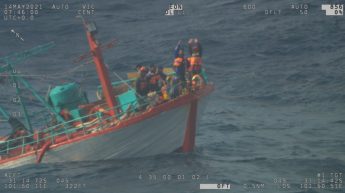