Success in any field is not merely dependent upon having the best assets. Be they hardware, software, experience or the human element, time and again it has been proven that the best results can be achieved when there is coordination, consultation and integration between all parties. Only then can the stakeholders maximise their potential.

As the RAAF moves towards becoming a fifth-generation air force, these principles are being implemented through initiatives such as the new Air Warfare Centre. Within this structure, various elements and personnel are transitioning to a new way of warfighting and nowhere is this more evident than in the emergence of the Air Warfare Instructor.

What’s in a name?

As those fans of the movie Top Gun would be aware, the US Navy’s Fighter Weapons School at Miramar near San Diego came about during the Vietnam War era when it was believed that fighter pilots had lost some of their dogfighting skills.

Less known is the fact that the same conclusion was reached by the RAAF in the 1950s as a result of its air war experience in Korea.

As commanding officer of 77 Squadron flying first P-51 Mustangs and then Meteor F.8s in Korea, Wing Commander Dick Creswell DFC soon recognised that there was minimal specialist training given to his fighter pilots before they arrived into the theatre of operations. Compounding the issue was that many of the lessons learned during World War 2 had never been formally recorded and those pilots had moved on to another life in peacetime.

Consequently, back in Australia as the CO of No 2 Operational Training Unit (today’s 2 Operational Conversion Unit) at RAAF Williamtown, Creswell oversaw establishment of the Fighter Combat Instructor (FCI) course in 1954.

Training six candidates every two years, the modern FCI course takes six months to complete and is, quite intentionally, an intensive undertaking. Those who graduate earn the right to wear the prized pale blue shield of the FCI on their flight suit, but more importantly, take on the responsibility to impart what they have learned to others and seek to find new solutions to new tactical problems as they arise.

Over time the FCI course expanded, first to F-111 aircrew including navigators/ACOs, and then the concept was adopted for other aircrew and non aircrew specialists such as Fighter Combat Controllers.

The Fighter Combat Controllers are air defence, surveillance and battlespace management specialists, while the Intelligence Combat Instructors are attached to the Air Warfare Centre. AEW&C Combat Instructors serve in conjunction with the E-7A Wedgetail and Mobility Tactics Instructors the C-130J Hercules. And while their titles are still to be confirmed, there will also be dedicated AWIs for the EA-18G Growler and the P-8A Poseidon.

Beyond the names and acronyms, it is immediately apparent that the scope of the AWI covers a range of domains and this is central to the ultimate goal – integration. AWIs will be experts in their fields, but they will also be skilled in integration. And such integration will occur across existing areas of expertise within the RAAF, across the services within the Australian Defence Force and even across the fighting forces of other nations.

On air, land and sea, wherever there is the opportunity to operate jointly towards a more successful outcome, integration will be pivotal in modern warfighting.

Within the Air Warfare Centre, the task of training the AWIs falls to the Tactics and Training Directorate (TTD), which is made up of the Air Warfare School and the newly-formed 88 Squadron. The TTD draws together the RAAF’s pool of experienced personnel and examines how together they may better integrate their skills and expertise.

The task of training the Air Warfare Instructors is the responsibility of 88SQN and its commanding officer, Wing Commander Ray Simpson, has a clear focus on what is entailed. An FCI since 1999 and with a significant amount of operational experience, WGCDR Simpson is both measured and enthusiastic about the role of his squadron.

From the outset, WGCDR Simpson has a clear perception of the qualities needed to make a quality AWI, those being, “humble, knowledgeable, approachable and expert”. He further emphasises, “expert, but not elite.”

It is a subtle point, but imperative as for integration to succeed, the culture needs to encourage open communication. In fact, two of the first AWIs are non-commissioned officers, qualifying as an AEW&C Combat Instructor and a Fighter Combat Controller respectively.

Many aspects of the FCI course transfer in principle to training an AWI. FCIs must be able to plan, brief, execute and debrief operations in a realistic combat scenario. From this process, FCIs honestly address any possible failings within the process and examine new tactics that may be used to counter issues in the future. It is a positive culture that readily translates to all AWIs, not solely the AWI – FCIs.

The AWIs are also trained to examine their tactics with one eye on how they may advantageously be used in cooperation with another element. How a Heron remotely piloted aircraft may provide oversight of a troop insertion, or a naval asset contribute to a maritime strike? WGCDR Simpson recognises that AWIs will need to be “problem solvers” as the battlefield can change at very short notice.

With the structure in place and the principles determined, the tactics, training and procedures were executed recently for the first time during Exercise Diamond Storm.

Exercise Diamond Storm was conducted in June from RAAF Bases Darwin and Tindal and culminated in the graduation of 26 new AWIs. The exercise drew together 1,800 personnel, including pilots, intelligence officers and air combat officers across a range of RAAF platforms, ranging from classic and Super Hornets to the Wedgetail and C-130J. In turn, the RAAF worked with Army and Navy elements as well as the US Marine Corps and US Air Force.

Diamond Storm was the first active trial of the new integrated air warfare philosophy and came into being two years ahead of its previously scheduled debut of 2019 – an impressive achievement testament to the personnel involved.

Operations took place around the clock and saw the RAAF working closely in conjunction with Army land elements. The USAF combined with the Royal Australian Navy to execute a maritime strike, Heron UAVs integrated with Marine Corps MV‑22B Ospreys during their insertions and extractions, and C-130Js delivered everything from pallets to people in their air mobility role in cooperation with Army land elements. And all the while, the various elements actively sought out ways to integrate.

A true and successful test of the AWI system came about when the new AWIs were required to brief and train the US Marine Corps personnel for their role in conjunction with Australian assets.

WGCDR Simpson, while pleased with the early implementation of the scheme, also recognised that aspects of the exercise were still a “raw product”. That being said, a key aspect of the philosophy is the post-exercise “wash-up”, or review. In this honest debrief of all aspects of Diamond Storm, many lessons were learned.

“We learned these lessons two years early,” he remarked.

Armed with the lessons generated by Diamond Storm, the process of improving tactics, training and integration can continue and the next AWI candidates can be selected.

For the ranks of the new AWIs there is now more than a task, there is a career path and one cannot help but see that the qualities required in a successful AWI are synonymous with cooperative leadership. The current Chief of the Defence Force, Air Marshal Mark Binskin, is an FCI graduate and it is likely that many of the leaders of the RAAF in future years will proudly wear the patch of an AWI.

Cooperation, coordination and cross-pollination between elements is not new to the RAAF, however, it was previously more dependent upon individuals operating at squadron level. Just as Dick Creswell recognised in the 1950s, it is imperative learned lessons are not lost and that there is a formal process in place to support growth and learning. The birth of the FCI course achieved this for fighter pilots, but now the AWI is able to achieve this across the broader RAAF as it moves towards its goal of a fully integrated fifth-generation force by 2023.

Personnel, technology, systems and information must all interact in harmony to achieve the best outcomes while still being dynamic enough to pivot when circumstances change and responsive enough to continually analyse, train and implement new tactics. Now, as the RAAF introduces its fifth-gen warfighting platforms, the Air Warfare Centre through its Air Warfare Instructors can provide the right personnel and the processes to make this happen.

While the 88 Squadron motto of “Integrate – Tactics – Training” is to the point, its crest captures the sentiment with a dramatic image. It features a Griffin, a mythical beast with the body and back legs of a lion as well as the front legs, beak and talons of a hawk. Appropriately, it draws together elements of a range of animals to create a very efficient flying creature and guardian of the most important treasures.

Like the Griffin, the RAAF can only benefit from the integration of its strongest elements, however, unlike the Griffin, this is not the stuff of mythology. The Air Warfare Instructors will fulfil a critical role in making Australia’s fifth-generation air force a reality.

This feature story first appeared in the September 2017 issue of Australian Aviation. 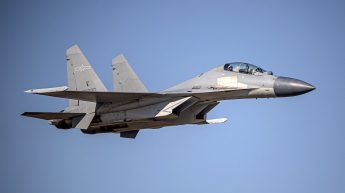