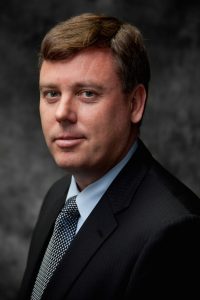 Darren Edwards has been appointed Boeing Defence Australia’s new vice president and managing director, succeeding Ken Shaw, who has taken up the position of vice president of supply chain for Boeing Global Services.

Edwards previously spent a decade with Boeing in Australia and the US, serving as chief operating officer of Boeing Defence Australia from 2011 to 2015, and rejoins the company from Salentis, where he was general manager for Australia and New Zealand.

“Darren’s inclusive leadership style and broad knowledge of Boeing and the Australian Defence Force will be a great asset as Boeing Defence Australia continues to accelerate its growth,” David Pitchforth, president of Boeing Global Operations, said in a statement on February 19.

“We are grateful to Ken Shaw for his dedicated service and outstanding leadership over the past 18 months,” Pitchforth said.

“Ken has positioned Boeing Defence Australia strongly as it continues to execute programs for the ADF, and his efforts have reinforced its foundations for continued success.”