Perth Airport has taken out the capital city airport of the year award at the Australian Airports Association (AAA) national conference.

The AAA recognised Perth Airport for its “initiatives to significantly enhance the experience for all users and visitors; and its commitment to the local community”. In November 2015, the airport opened the doors to its new T1 Domestic Pier, which is Virgin Australia’s new home at Perth.

“Ranging from a new website and mobile app to the launch of a cloud-based check-in system, considerable effort has been made to improve the electronic connection for customers,” the award citation reads.

“Increased numbers of volunteers to assist passengers and the installation of public art provides more amenity for airport users.”

Among the other awards, Launceston Airport was named major airport of the year for the second year in a row for its $3.55 million terminal upgrade. The airport also took out the innovation and excellence award in the commercial category for its retail transformation project.

Away from the big cities, Albury Airport on the NSW/Victorian border took out the large regional airport of the year category, while western Victoria’s Hamilton Airport was named small regional aerodrome of the year.

The awards were presented at the AAA national conference dinner at Parliament House in Canberra on Wednesday night. 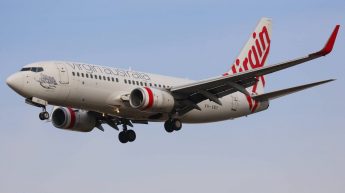