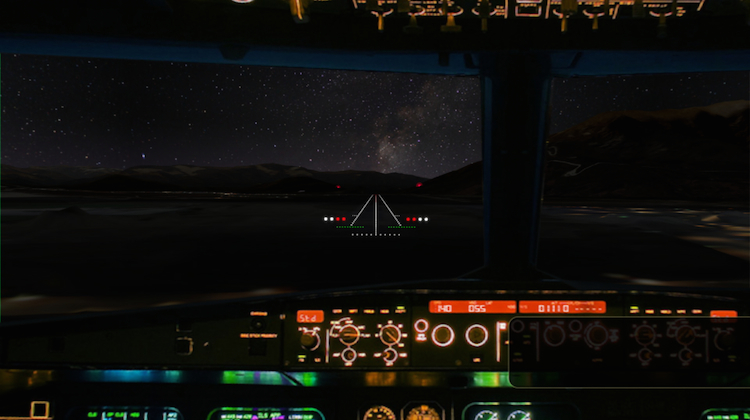 The Civil Aviation Safety Authority (CASA) has deferred the introduction of new fatigue risk management regulations for a further 12 months.

The regulator said in a statement on Friday that operators would now have until May 1 2018 to transition to the proposed new provisions in Civil Aviation Order (CAO) 48.1, which covered fatigue risk management. It is the second time CASA has pushed back the implementation of CAO 48.1.

CASA said the extension was in response to feedback from the aviation community, including from a series of workshops conducted across Australia between May and July 2016.

Further, CASA it would conduct an “independent and comprehensive review of fatigue limits” during the extended transition period.

“This feedback indicated there was a need for CASA to provide more support through education and information on the new fatigue rules,” CASA said.

“CASA is committed to modernising and improving the safety regulation of fatigue and is encouraging a continued focus on fatigue management by air operators.”

The Australian Aviation Associations’ Forum (TAAAF), which comprises peak representative bodies in the local industry, had previously called on CASA to abolish CAO 48.1, arguing that “industry rejects the limited science it is based on, the ignoring of decades of safe operations, the massive costs it will impose and the complexity that will inevitably lead to non-compliance”.

But the Australian Airline Pilots Association (AusALPA) said its members were “very concerned” about the delay and described fatigue as a “clear safety issue” given how often it had been cited as a contributing factor in recent aviation accidents and incidents.

The association, which represents about 6,000 professional pilots in Australia, called on CASA to implement the new regulations in May 2017 as planned.

“AusALPA is deeply concerned that the further delay only serves the commercial interests of industry bodies, such as the Regional Aviation Association of Australia, instead of an improved, more scientific approach to pilot fatigue risk management,” AusALPA president and Qantas Boeing 737 pilot Nathan Safe said in a statement.

Captain David Booth, vice-president of AusALPA and a Virgin 737 pilot said: “These delays have rewarded those operators who have chosen not to work towards science-based solutions. Even those who have commenced the transition may cease work awaiting the outcome of the review.”

CASA said operators that have transitioned to the fatigue rules in CAO 48.1 would be able to continue to operate under the new provisions.

Pyne promotes Australia as F-35 maintenance hub during US visit

Sadly, the major Airlines that have been stonewalling this implementation are winning the battle against safety. They have even managed to push out the head of CASA who strongly supported the safety of Fatigue management. A very bad day for Australian Aviation Safety.

This is a joke!

There needs to be a parliamentary inquiry into WHY CASA implemented such atrocious fatigue plans!!!

As an airline pilot for a LCC in Australia, I can tell you they treat this like a lotto win! This is an exemption from CAO 48 that FAR SURPASSES any fatigue planning software limits!

I have never been so worried about the state of CASA rules implementation and the science behind them, namely because I am now feeling the effects of working like a dog while getting NO real rest.

E.g. I can finish a shift and 12 hrs later be asked to turn up to work again. So, in Sydney, that means 30 minutes to get to your car with the emu bus (terrible service), then another 1hr to commute to home (we all cant have waterside mansions 20 minutes away). Then add another 2 hrs for the return journey that leaves me 8.5hrs to wash, cook, clean, look after kids etc. So realistically, your asking pilots to get 7 hrs sleep at best (more like 6hrs).

If you feel safe putting your family in aircraft flying Red Eye flights with hardly any sleep or nutrition, then your part of the problem.

Of course they have , nothing like a regulator run by the Airlines . Absolutely discraceful .

Fatigue is a safety issue now ! To assert otherwise is to wilfully misrepresent the numerous accident reports that identify fatigue as a causal factor.

The industry has had 4 years to transition to the new rules.& has failed to take any substantive steps to do so. Instead they have lobbied relentlessly for the legislation to be repealed on the basis that safety costs too much.

How many accidents does it take to “prove” that there is a problem we need to address.

There is virtually no evidence or real research into either fatigue or fatigue related accidents or accidents. Thus is particularly evident in Australia.
I have worked long shifts and many extended 14 hour night shifts on consecutive nights of four tours of duty in a row. I can remember waking up and not having a memory of just how I got home or even a memory if the last of seven sectors on that last tour if duty.
I have worked these for nearly twenty five years. My safety valve is my ability to call in sick instead if calling in fatigued. If I called in fatigued I would be seriously questioned even though there is the appearance of acceptance of fatigue contingency.
Corporations in Australia who are aviation operators will finally wake up after a serious (only one death will be required) fatigue related accident results from stupid rostering and irreponsible fatigue mitigation.
Unfortunately reasearch is flawed as it is usually airline operator orientated and therefore it may not be objective.
There are organisations that can claim a no fatigue accident history. Most of those pilots are professional enough to call in sick as pilots who call in fatigued are ostrasized by their employer as it is actually illegal to arrive for duty being fatigued.
The rule writers haven’t been there. research in Australia is both minimal and flawed and not unlike the Coca-Cola company paying for the “Sugar is safe for you” research program the outcome is predictable.

I flew commercially for 45 years Fatigue was a constant companion.. the FAA has implemented Regulations concerning fatigue it is definitely a detriment to flying. Fatigue causes more problems and is on top of the safety list for breaking the chain in the error chain scenario. Pilots have been fortunate enough to get away with flying fatigued almost always.

FAA, CASA, listen to all the input from pilot organizations,ALPA , the airlines -let’s face it-
the obstacles pilots and flight crews have to deal with on their daily basis . fatigue might not just be in terms of hours. How can you measure long-haul flights or flights which require many takeoffs and landings or flying in weather day and night -and stress? Pilots pride them self in being able to take it. most of the time they get away with it.

Airlines,commercial operators are at it to make money The human factor,unfortunately,is not always primary on their agenda.. regulations will help. How much, who knows. But we have to have something at least until artificial intelligence comes along and gets the pilots out of the aircraft.

This is just very dissapointing. The comercial interessts have won…
This is also not a good sign for all the other areas where a FRMS should be mandatory as e.g. maintenance