“CASA’s industry complaints commissioner can be used by people in the aviation community or the general public to lodge complaints about the regulator’s action or behaviour,” CASA said.

“Complaints can be made about decisions and administrative actions or services provided by CASA staff, delegates or authorised persons which are considered to be wrong, unjust, unlawful, discriminatory or unfair.”

A qualified lawyer, Hanton was previously an ombudsman at the United Kingdom’s Financial Ombudsman Service and a senior investigator at the New Zealand Banking Ombudsman’s office.

Hanton reports to the CASA board. 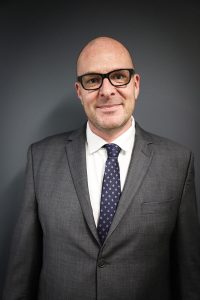 CASA set up the office of the industry complaints commissioner in 2006.

Meanwhile, CASA has opened applications for those seeking a grant to support their formal research on topics related to improving aviation safety in Australia.

“The research grant program is designed to support research activities that promote Australia’s civil aviation safety policy objectives and add to the body of knowledge about aviation safety in Australia,” CASA said.

“Grants for research may include financial or in-kind support such as information materials, communication collateral and CASA staff participation.”

The deadline for the first round of applications is 5pm Wednesday October 28.

More details can be found on the CASA website.