Malaysia Airlines has confirmed it has lost contact with one of its flights between Kuala Lumpur and Beijing.

The aircraft, a Boeing 777-200ER reportedly registered 9M-MRO delivered to the airline in May 2002 and powered by Rolls-Royce Trent 800 engines, was operating flight MH370 which departed KL at 12.41am local time and was due in to Beijing at 06.30 local time (09.30AEDT) this morning. The aircraft had reportedly accumulated 20,243 hours and 3,023 cycles in service.

The airline says the flight was carrying 227 passengers and 12 crew members, and that contact was lost with the aircraft at 02.40am KL time. The Flightaware tracking program lost contact with the flight about 20 minutes after takeoff as it was crossing the Malay peninsula at 35,000ft.

The Flightradar24 program was able to track it into the South China Sea towards Vietnam before losing contact.

In a statement released by the airline, CEO Ahmad Jauhari Yahya said; “We deeply regret that we have lost all contacts with flight MH370 which departed Kuala Lumpur at 12.41 am earlier this morning bound for Beijing. The aircraft was scheduled to land at Beijing International Airport at 6.30am local Beijing time. Subang Air Traffic Control reported that it lost contact at 2.40am (local Malaysia time) today.

Chinese state media reports that the aircraft never made contact with Chinese ATC nor entered its airspace.

UPDATE: Malaysia Airlines held a media conference at 14.00AEDT. In it, an airline official said the flight had been a codeshare flight with China Southern Airlines (CZ748), and that the Captain of the flight is a 53 year old Malaysian national who has 18,365 hours of flying experience and joined the airline in 1981. The First Officer is a 27 year old with 2,763 hours experience and joined the airline in 2007.

The airline gave a breakdown of the nationalities of those on board. These include seven Australian and two New Zealanders, as well as 153 Chinese, 38 Malays, 12 Indonesians, three French, three US citizens, two Ukrainians, and two Canadians.

“We are working with authorities who have activated their Search and Rescue team to locate the aircraft,” Ahmad Jauhari Yahya told media. “Our focus now is to work with the emergency responders and authorities and mobilize its full support.”

UPDATE: An official of the Civil Aviation Authority of Vietnam (CAAV) reportedly told Reuters that the flight had failed to check in as scheduled at 17.21 GMT while it was flying over the South China Sea between Malaysia and Vietnam. “Its code didn’t appear in our system,” Bui Van Vo, the CAAV’s flight control department manager, told Reuters.

NOTE: This is an evolving story and we will be updating it throughout the day as information comes to hand. 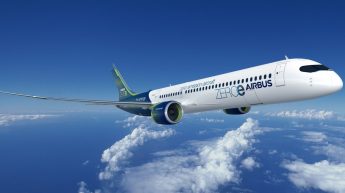