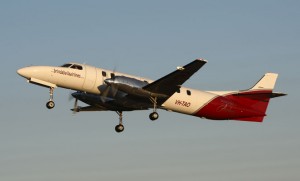 The Civil Aviation Safety Authority has directed Brindabella Airlines conduct maintenance reviews on another six of its aircraft. The aircraft may not be flown until the maintenance reviews are completed and CASA has given approval for their return to service.

In November  CASA directed Brindabella to conduct maintenance reviews on four Jetstream 41 aircraft.  Two of these aircraft are now approved for service.

The latest direction ensures that any outstanding maintenance related issues have been addressed on all Brindabella aircraft.

Since then CASA has identified additional inspection and maintenance overruns, leading to the decision to require six Jetstream 31 and Metroliner  aircraft to be reviewed.