In another big deal for Boeing on the opening day of the Dubai Airshow, flydubai announced a commitment for up to 100 737 MAX 8 aircraft and 11 current generation 737-800s. The commitment is the largest ever Boeing single-aisle aircraft purchase in the Middle East.

The Dubai government-owned flydubai placed its first order for 50 Next-Generation 737-800s in 2008 and was the first airline to debut the Boeing Sky Interior. To date, flydubai has taken delivery of 33 Next-Generation 737-800s. In the past two years the airline has more than doubled the number of destinations it flies and last year carried 5.1 million passengers. It is the second largest carrier by passenger numbers operating out of Dubai airport.

Development of the 737 MAX is on schedule with the first flight planned for 2016 and deliveries beginning in 2017, Boeing says. The 737 MAX has accumulated more than 1,600 orders to date. 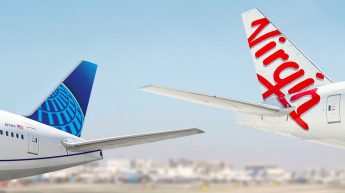