The week before Boeing is expected to officially launch its 777X program at the Dubai Airshow, the International Association of Machinists & Aerospace Workers at the manufacturer’s Puget Sound (Washington state) facility has voted down an extension to an existing employment contract.

The move potentially risks the launch and at the very least casts an unwelcome light over the new program at a time Boeing had hopes of receiving a rapid fire of orders from airlines eagerly awaiting the new aircraft.

Boeing President and CEO Ray Conner said of the union decision: “We are very disappointed in the outcome of the union vote. Our goal was two-fold: to enable the 777X and its new composite wing to be produced in Puget Sound and to create a competitive structure to ensure that we continue market-leading pay, health care and retirement benefits while preserving jobs and our industrial base here in the region. But without the terms of this contract extension, we’re left with no choice but to open the process competitively and pursue all options for the 777X.”

The unions had been seeking leverage over Boeing’s new program to improve entitlements, seizing on disruptions to the 787 program that resulted from widespread outsourcing of work.

However, the move may have backfired on the union. John Talton from the Seattle Times said in his report on the vote: “A cynic might say that Boeing has the International Association of Machinists right where it wants them. The company came to Washington first to build the new 777X. Workers voted down the requested contract extension. So if the new airplane is built elsewhere, it is the union’s fault.”

Noting the potential for the current situation to affect longer-term decisions by Boeing about its Puget Sound manufacturing facility following the vote down, Talton said: “However the vote went Wednesday, it was going to be a historic turning point.

“The morning after, it mostly points to tragedy when the back orders and existing contracts run out.” 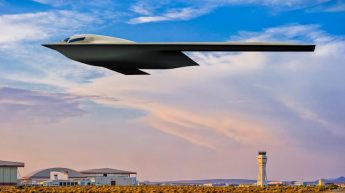