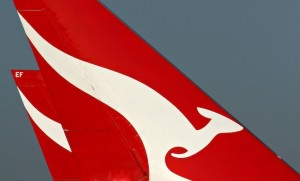 Qantas has announced the appointment of two new directors and the retirement of non-executive director Patricia Cross.

Maxine Brenner and Jacqueline Hey will each fill casual non-executive director vacancies on the Qantas board with immediate effect.

Brenner, who is managing director of investment banking at Investec Bank (Australia), will bring to Qantas her experience in corporate advisory work, particularly in relation to mergers and acquisitions, corporate restructures and general corporate activity. Brenner, who was deputy chairman of the Federal Airports Corporation, is practiced in law.

Hey is currently a director of Bendigo and Adelaide Bank. Between 2004 and 2010 she was the managing director of various Ericsson entities in Australia and New Zealand, the United Kingdom and Ireland and the Middle East. During that time she held finance, marketing, sales and leadership roles.

Qantas Airways chairman Leigh Clifford said the diverse business skills and experience of both individuals, including in the areas of corporate advisory, law and marketing, will complement the board’s existing experience and corporate skill.

Clifford also announced Patricia Cross would retire as a director at the conclusion of the airline’s annual general meeting in October. Cross was appointed in January 2004 and will retire having served a full term on the board.

The remaining vacancy was that of James Strong.

previous post Is Qantas getting its mojo back?
next post Little celebration as Rex profit down 45 per cent at hands of “hell-bent” government