This is the first launch where the F-35 and AIM-120 demonstrated a successful launch-to-eject communications sequence and fired the rocket motor after launch – paving the way for targeted launches later this year in support of Block 2B fleet capability.

The US Air Force has established an F-35A initial operating capability target date of December 2016. By this date, the Air Force will have fielded an operational squadron with 12 or more aircraft with airmen trained and equipped to conduct basic close air support, interdiction and limited suppression and destruction of enemy air defence operations in a contested environment.

Moving into the active phase of weapons test is another large step toward delivering Block 2B software capability that will enable initial combat deployment. 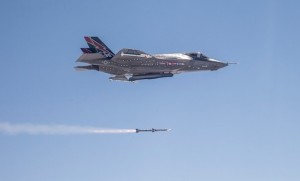 ‘Bain’ drops in 21-year-veteran to be new Virgin CCO

‘Bain’ drops in 21-year-veteran to be new Virgin CCO