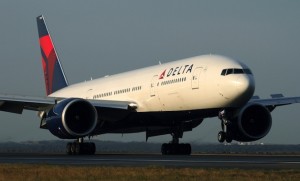 Delta Air Lines has acquired a 49 per cent stake in Virgin Atlantic in a US$360 million deal that sees Singapore Airlines exit its shareholding of the UK airline.

Announcing the deal, Delta Air Lines said the equity deal marks “the next step towards a full joint-venture between the two carriers”.

The arrangement between the airlines will result in codesharing across 108 routes that comes into effect on July 3. Virgin Atlantic will place its code on 91 Delta routes, including trans-Atlantic and domestic US routes, while Delta will place its code on 17 Virgin Atlantic routes. Reciprocal frequent flyer benefits will continue to be available to passengers of both airlines under their current alliance arrangements.

Ed Bastian, Delta’s president, said: “This is a strategic investment that enhances Delta’s network with greatly improved access to London Heathrow, the leading marketplace on the trans-Atlantic. As we unite two leading global airline brands in an innovative partnership that focuses on delivering enhanced benefits and services for our customers, we also become a more formidable competitor across the Atlantic.”

Virgin Atlantic CEO Craig Kreeger said: “As new shareholders in the airline, Delta is an important ally in the all-important trans-Atlantic market. We can stand firm together against the competition and can now offer more destinations, a smoother connecting airport experience and ultimately the best trans-Atlantic on board experience. Virgin Atlantic’s award-winning customer experience is loved around the world and we look forward to sharing our unique Clubhouse and in-flight hospitality with many Delta passengers over the years.”

The two airlines announced their intention to enter into a joint venture agreement in December 2012. The closure of the deal follows recent EU Commission and US Department of Justice approvals. However, the US Department of Transportation is still reviewing the parties’ application for antitrust immunity relating to the proposed joint venture of the parties’ operations on nonstop routes between the US and the UK. The review is expected to be completed during third quarter of 2013 and the implementation of the Delta/Virgin Atlantic joint venture is anticipated to occur in the first quarter of 2014.